The Psychosomatic Symptom We Don’t Recognize

How to identify non-neurogenic language disorders

Clinicians and researchers insufficiently emphasize the presence of non-neurogenic language disorders (NNLDs), their characteristics and their identification. 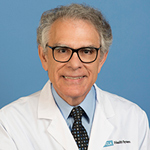 Yet, these disorders may be the first or predominant manifestation of a psychologically-mediated illness, says Mario Mendez, MD, PhD, director of neurobehavior, UCLA and VA Greater Los Angeles, in a literature review for the January/February issue of Psychosomatics.

The two steps to recognition, he says, are:

NNLDs are defined as alterations in language owing to psychosomatic preoccupations, conversion disorder, psychiatric disorders or other psychological reasons.

“NNLDs are varied and distinct psychogenic disorders that are probably much more common than realized,” says Dr. Mendez. Yet there are few studies on these conditions—which include psychogenic aphasia with dysgrammatism, the “lalias,” word usage abnormalities, psychotic language, and some patients categorized as having foreign accent syndrome (FAS).

Distinguishing characteristics of NNLDs include the fact that they do not fit the typical neurogenic pattern, have marked variability, lack commensurate concern or distress, and often readily respond to interventions or therapy.

NNLDs are not psychogenic speech disorders. “Speech is limited to the vocal expression of language,” says Dr. Mendez, “whereas language involves using symbols for communication and may involve other modalities, such as auditory comprehension and writing.”

Speech disorders may manifest as psychogenic dysphonia (non-neurogenic loss or alteration in voice—pitch, loudness, and quality); or neurogenic causes, such as dysarthria (deficits in speech articulation), acquired stuttering, and apraxia of speech (affecting the motor planning of speech with decreased initiation and distorted articulation). The neurogenic form of FAS is often manifest as alterations in prosody, or the intonation and rhythm of speech. However, some patients with FAS, especially if psychogenic, have alterations in grammar (hence FAS can be an NNLD).

How to test for NNLDs

After listening for fluency and altered word usage, the examiner tests comprehension with simple and complex commands, confrontational naming of presented items, and the repetition of complex sentences. In addition, normal reading and writing can be supportive of the presence of an NNLD.

The examiner may suspect an NNLD when this language examination, and the rest of the neurological evaluation, does not fit the typical pattern of a neurogenic aphasia or language disturbance.

“This article presents a preliminary classification and is, undoubtedly, only a beginning,” says Dr. Mendez, who hopes the discussion may stimulate further research and consideration of language in its own right as a psychosomatic symptom.

agitolalia. Abnormally rapid speech in which words are imperfectly spoken or omitted.

anomia. Inability to produce names for objects or events.

aphasia. Disorder of language (as opposed to speech).

clanging. Word association based on sound.

coprolalia. Involuntary and repetitive use of expletives or obscene language.

fluency. The ability to speak easily and fluidly, vs sparse, halting, or agrammatic.

glossolalia. Speaking in an unknown language.

malapropisms. Mistaken use of a word in place of a similarly sounding one.

palilalia. Meaningless repetition of one’s own words or speech.

paragrammatisms. Substitution errors in the use of grammatical words/word parts.

prosody. The pattern of intonation, rhythm, and stress in speech and language.