Should We Fix the System – and If So, How?

The audio below is of a woman challenging two clinicians when she was invited to a meeting to discuss her brother’s death.

This is only an extract. Her complaint continued for 60 minutes.

The woman’s brother had died after five days in the clinicians’ hospital. He wanted to die on day one.

His sister complained that her brother had “signed forms everywhere possible” to bring about his death. He was “checking out.”

In his final days in the hospital, she said, her brother had blamed her for not fulfilling his wishes.

But she believes it was the “system” that had let him down. “Why can’t we protect people like my brother?” she asks. “Why can’t we abide by his wishes?”

Use Up/Down Arrow keys to increase or decrease volume.

The role of C-L psychiatrists in managing patients who want to die has been complicated by greater societal acceptance of people’s right to choose how they wish to be treated—including their end-of-life care. 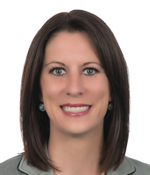 They question whether, in the aftermath of a serious suicide attempt, a patient has lost decision-making capacity. Their default is to provide aggressive psychiatric treatment.

As a result, hospitals have tended to override “do not resuscitate” (DNR) and “do not intubate” (DNI) codes when a patient is admitted with complications after a suicide attempt.

But now some physicians are challenging this practice, says Dr. Mazur. They believe that if the patient previously expressed, in an advance directive, a preference for DNR/DNI as a choice, separated in space and time from the suicide attempt, it should be honored.

Dr. Mazur describes the case of the woman’s brother who was in his 60s and admitted to the hospital after an intentional overdose of pain medication in a suicide attempt. No DNR nor advanced directives were found in his apartment at the time EMS arrived.

Yet, he protested angrily about his intubation, became increasingly agitated and confused, and refused all medical care and medications. On his third day of hospitalization palliative care evaluated the patient and agreed his DNR/DNI orders should be respected and therefore he was extubated. He died two days later.

Dr. Mazur asks: “In these instances, do we honor patients’ wishes to be DNR/DNI? Was our patient capable of making the decision to end his life? Was the patient’s decision made on the basis of realistic beliefs and in the light of his fundamental interests and long-term values? Are there situations in which a suicide will result from a patient’s and physician’s shared concept of best interest?”

The case graphically illustrates just one of the dilemmas facing C-L psychiatrists managing patients who want to die against a background, over the past two decades, of greater societal acceptance of patients’ right to choose.

Supreme Court rulings have affirmed various death-hastening medical practices, including: withholding and withdrawal of life-support, palliative sedation and other treatments with high doses of opiates and benzodiazepines, as well as voluntary stopping eating and drinking. The Court has left it to individual states whether to legalize medical-assisted dying/suicide, and this practice is now available for terminally ill patients in six US states and the District of Columbia.

And, at the frontline in hospitals, the paradigm change continues to create dilemmas and require decisions that bring into question psychiatry’s traditional approach to suicide.

Further comments and case studies from Academy members catalyzing discussion on best practice in this arena will be published in future editions of APM News.