. . . compared with risks from leaving a psychiatric illness untreated

Physicians are well-alerted to the extra vigilance required over the risk of drug-induced QT prolongation that can lead to a life-threatening ventricular arrhythmia, such as torsades de pointes (TdP), and result in sudden cardiac death.

The Food and Drug Administration warned about the potential for QT prolongation with ziprasidone in 2002 and with citalopram in 2011.

Since then, psychiatrists have grown increasingly worried about prescribing any psychiatric medication to patients with risk factors for QT prolongation but, when medication was thought necessary, tended to opt for lower doses. 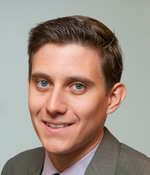 “These practice patterns could have important implications for mental and physical health outcomes, given the high prevalence of depression in cardiac patients and the clear prospective associations between depression and mortality in this population,” say researchers Scott Beach, MD, FAPM, Department of Psychiatry, Massachusetts General Hospital, Boston, and associates.

In 2013, the researchers published a review of QT prolongation and psychotropic medications (Psychosomatics 2013; 54(1):2-13). Their aim in this current paper is to provide an update on specific concerns most relevant to clinicians.

They answer questions, such as: Is the QTc still the best surrogate of risk for TdP? What approach should be used to correct the QT rate? How should we interpret electrocardiogram (ECG) findings in specific cardiac populations? In particular, they list individual anti-psychotic medications and comment on their use.

“Indeed, evidence suggests that more than 85% of patients with drug-induced QT prolongation have two or more additional risk factors.

“Although certain resources, such as the website CredibleMeds, may be helpful in risk-stratification, it is important to keep in mind that categories of risk are often extremely broad. 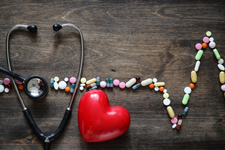 “For example, donepezil and thioridazine are listed in the same category of ‘known risk of TdP.’ However, the former medication has a handful of case reports linking it to TdP, all of which displayed other risk factors; the latter has been associated in dozens of reports and is known to prolong the QT more than any other psychiatric medication.

“Furthermore, these sites do not account for the risk-benefit analyses that often guide complex medication decisions.”

Though recommendations classically focus on ECG monitoring, the most important risk-reducing intervention clinicians can make is to undertake a careful analysis of other QT risk factors when prescribing psychiatric medications.

A review of the patient’s medication list, including other agents that may themselves prolong the QT (especially methadone and certain antibiotics) or may increase the risk for QT prolongation via cytochrome p450 interactions, is paramount.

“In much the same way that we bristle when other specialties recommend stopping ‘our agents’ because of potential side-effects, psychiatrists should be cautioned against recommending that other specialists discontinue agents, or make changes for the sake of allowing us to prescribe our preferred medications,” say the researchers.

“On the contrary, engaging other providers in a thoughtful discussion of ways to minimize overall risk often reveals simple solutions that allow for mutual optimization of medical and psychiatric treatment.”

The association of psychiatric medications with QT prolongation remains a key issue in consultation psychiatry, conclude the researchers.

“Despite the concern associated with the topic, however, the evidence for clinically meaningful QT prolongation with most classes of psychiatric agents remains minimal or non-existent.

“Consultation psychiatrists should be familiar with the data regarding specific agents in order to serve as ambassadors to primary care physicians and other specialists, some of whom may have misperceptions regarding the actual risk involved with these agents from a cardiac standpoint and who may underestimate the risks associated with untreated psychiatric illness in comparison.”