Alert Over Diabetes in People with Major Depression

People with major depression are more likely to have type 2 diabetes than previously estimated.

That is the outcome of research at Erasme Hospital, Université Libre de Bruxelles, Brussels, Belgium. 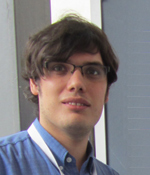 Researchers Matthieu Hein, MD, and colleagues demonstrated in a large sample of individuals with major depression that the prevalence of type 2 diabetes was 21.2%.

They also defined the subpopulation with specific risk factors for type 2 diabetes where intervention is possible—and where risk factors are reversible “which justifies better prevention and management of this pathology to avoid its negative consequences.”

Their results are presented in a paper published in Psychosomatics, March/April 2018 issue.

Details of 703 people with major depression were analysed from the hospital’s Department of Psychiatry and Sleep Laboratory database covering the period 2002-2014. Only cases with a diagnosis of type 2 diabetes (according to the diagnostic criteria of the American Diabetes Association) were included in the study.

Most prior studies showed a significantly lower prevalence of type 2 diabetes in those with major depression. (One study showed a rate of more than 60% but the authors questioned the criteria used in that research.)

“The co-occurrence of major depression and type 2 diabetes is associated with decreased quality of life and productivity, in addition to increased morbidity, mortality and health care costs, and justifies the need for effective treatment,” say the researchers.

“Therefore, in individuals with major depression, it is important to identify the specific risk factors for type 2 diabetes to enhance the prevention and management of this disorder and reduce complications and mortality for these individuals.” 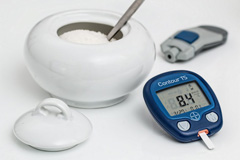 The level of depression, say the authors, may lead to the under-diagnosis of type 2 diabetes:

“Some of these symptoms are also present in mental disorders, such as major depression. The presence of this clinical overlap as well as the non-compliance to health care of individuals with major depression may lead to an under-diagnosis of type 2 diabetes in these individuals.”

Consumption of certain substances, such as alcohol and tobacco, is also associated with a greater risk of type 2 diabetes, say the researchers.

From the opposite perspective, the incidence of severe depression seems to be higher in individuals with type 2 diabetes, whereas the use of anti-depressants, (mainly those with a high affinity for H1 and 5-HT2c receptors) is associated with a greater risk of developing type 2 diabetes mediated through weight gain.

Individuals with increased plasma levels of C-reactive protein also have a higher risk of developing the disease.

However, most of these risk factors for type 2 diabetes had not been validated in the subpopulation of individuals with major depression who were the focus of the researchers’ study.