The Key to Getting It Right

Most altruistic kidney donors are straightforward—they are at or near retirement age, in good mental and physical health, often health professionals, and with a long history of altruistic activity. They are relatively easy to approve.

Issues for C-L psychiatrists more often come into play when faced with would-be donors where their motivations are potentially impacted by mental health conditions.

A few are clearly motivated by serious mental health problems (e.g., significant substance misuse, recurrent severe depression, major personality problems). The decision to decline them on mental health grounds is usually self-evident—but can be hard to convey in a way that does not worsen their condition.

The trickiest would-be donors are the borderline cases, with a combination of factors that may not contra-indicate donation in isolation, but which, taken together, may well do so—such as a 21-year-old with a mild, treated depression and possible emerging dysfunctional personality traits.

Psychiatric evaluation is required—which may need to be enhanced through multiple interviews, multiple assessors, rating scales, informant interviews, etc., followed by discussion, ideally in person, with the transplant team.

Members of ACLP’s Transplant Psychiatry Special Interest Group have been discussing such issues on their listserv.

But do would-be donors have a legal right to donate? 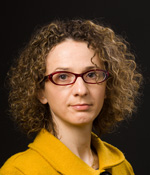 In the US organ donors must be at least 18. “There have been a handful of kidney transplants from donors under 18 to their siblings,” says Paula Zimbrean, MD, FACLP, the SIG’s co-chair, “but those are exceptions and typically driven by immunologic reasons (extreme good compatibility which allows the patient to be immunosuppression-free or on very low doses of immunosuppression).

“In the field of transplant there is a debate about what the minimum age for donation should be. Some people argue that, as there is increasing evidence that the brain continues to mature beyond age 18, 21 may be a better choice as the minimum age.”

See “Suitability to Donate” on www.organdonor.gov/about/process/living-donation 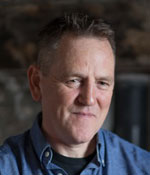 The UK’s legal minimum age to donate a kidney is also 18, except in Scotland where it is 16. “There have been kidney donors in their early 20s, but I am not aware of any younger than 21 across the UK as a whole,” says Stephen Potts, MD, MA FRCPE, FRCPsych, Department of Psychological Medicine, Royal Infirmary of Edinburgh, “and I think it is highly unlikely that any transplant unit would take a kidney from a donor as young as 16—so these minima are legally possible but clinically inappropriate.

“In other words, a donor with an age just above the legal minimum would wave a red flag—and not just to C-L psychiatrists, but to surgeons, nephrologists, and general practitioners.”

What percentage of would-be donors receive a psychiatric evaluation pre-donation?

The Organ Transplantation and Procurement Network in the US mandates that all living donors must have a psychosocial evaluation. To date that has typically been done by clinicians or a social worker, and formal psychiatric evaluation is undertaken if there is concern about psychiatric illness or about the ability to give informed consent. Some transplant centers have instituted a mandatory psychiatric evaluation for altruistic donors.

When UK law was changed in 2006 to allow altruistic donation, the regulator mandated a psychiatric evaluation for all altruistic donors—and that remains the recommendation in national guidance, even though in 2012 the regulator withdrew the mandatory requirement.

The proportion of related donors referred for psychiatric evaluation in the UK varies widely between transplant units, but nowhere is it greater than 50%. Referral is usually triggered by a confirmed history of significant mental disorder or substance misuse, current prescription of psychotropics, or significant psychological symptoms at initial surgical assessment. A young donor with a minimal psychiatric history is more likely to be referred for psychiatric evaluation than someone in middle age with a similar history.

All living kidney donors in the UK are offered follow-up for life, with annual checks looking primarily at renal function and blood pressure. Where mental health problems are identified at follow-up, donors are seen by a transplant psychiatrist or signposted to local services.

Is acceptance or rejection of a young would-be donor determined by whether he or she, or their family, may benefit financially?

For related donors in the US, it is acceptable that the donation may bring an immediate social benefit to the donor. For example, in spouse-to-spouse donation, the financial situation of the whole family may improve once the recipient returns to work. This is considered acceptable, because financial dependency is a part of regular marital life. But if an altruistic donor expects improvement in his or her financial situation from the donation, that is not acceptable.

In the UK, a separate assessment by an “independent assessor” appointed by the regulator is specifically tasked with considering questions of capacity, coercion and financial reward. UK law criminalizes the offering or acceptance of reward in cash or kind for the donation of organs.

What case study examples do we have where an altruistic living donor is not accepted on a transplant program for psychological reasons?

In the US, a young man wanted to donate a kidney from the age of 16. At 16, he called the transplant center, but was told he was too young. In the week after he turned 18, he came into the center and wanted to be evaluated as an altruistic, non-directed kidney donor. He did not have any symptom of psychiatric disorder. His overall thinking was age-specific, in the sense that he thought only short term, and was unable to even consider any long-term plans or potential consequences of the donation. The psychiatrist felt he could not give informed consent at that time. All team members congratulated the young man for his altruistic thinking.

In the UK, approximately 10% of potential altruistic donors are declined for psychiatric reasons, which vary widely in their nature. Dr. Potts has been involved in decisions to decline older donors where assessment revealed emerging cognitive impairment, middle-aged donors with histories of unstable psychotic illnesses or severe personality disorders, and young donors with concerns about emotional maturity.

Are some physicians ill-placed to assess psychological disorder among some altruistic donors (of whatever age), or the impact of organ donation upon the donor’s mental health (e.g., risk of increased depressive illness)? If so, does this point to the need for all would-be donors to undertake a C-L psychiatrist evaluation?

“In the US, psychiatrists who are not familiar with the organ donation process may encourage donation for some patients with severe mental illness without fully understanding the risks,” says Dr. Zimbrean. “Altruism is a sign of psychological growth and, in some cases, may be a sign of recovery from deep depression or psychosis.

“But ‘psychiatrically stable’ does not always equal being able to participate in living organ donation. For example, a patient with borderline personality disorder, who has recurrent chronic suicidal ideation, but no intent to harm herself, who stops cutting herself, may be significantly improved psychiatrically. However, she may have inappropriate fantasies about a close relationship with the recipient which would preclude her from donating.”

In the UK, there was unease about physicians being ill-placed to assess psychological disorder among kidney donors before altruistic donation was legalized, which is why the regulator mandated psychiatric assessment of all such donors. Growing confidence and acceptance of altruistic donation, as well as the fact the requirement had no clear basis in the underlying law, led to the mandatory requirement being withdrawn in 2012.

Some UK critics argue that all related donors should undergo psychiatric evaluation, “but resources are currently insufficient, and I am not convinced it is necessary, especially given that the number declined on psychiatric grounds is much lower than for altruistic donors,” says Dr. Potts. “We have local criteria to guide clinicians on which related donors to refer for psychiatric assessment, and these seem to work fairly well.”

Conversely, are C-L psychiatrists ill-placed because they feel ethically obligated to minimize the risk of surgery for recipients, including the risk of worsening their psychological status?

“I don’t think C-L psychiatrists are any more or less ill-placed than other specialists in this regard—or even the donor surgeons themselves, who are very conscious they are imposing harm and conferring risks on donors without direct health benefits,” says Dr. Potts.

For example, a donor with treated hypertension may be at enhanced long-term risk. As long as there is no end-organ damage, a consulting physician discharges his duty by ensuring the donor is counseled about, and fully accepts, these risks. The same would be true for a donor with a history of mild depression, who is at enhanced risk of a recurrence if donation does not go well.

“The question, of course, is the threshold: at what point does the risk rise so much that the C-L psychiatrist or, the consulting physician, or the surgeon, should advise against donation—however much the donor wishes to proceed? We lack sufficient evidence, so we often fall back on clinical judgement, with all the uncertainty that implies.”

But all said, the direct and indirect psychological benefits of donation should not be understated. Many donors report enhanced self-esteem and life satisfaction arising from their donation; and related donors whose lives are closely entwined with the recipient will benefit from the recipient’s improved health, reduced dependence, and freedom from the many burdens of dialysis.

The case for national and international standardization of assessments, and a minimum data set for evaluation, is argued in guidelines to which ACLP Transplant SIG members contributed significantly. But that was three years ago. What has happened since, what needs to happen now, and how can C-L psychiatrists take a lead?

Progressing this paper has taken longer than those involved would like, but it was finally published in April of this year.1

“As an organization, we have to reach out and participate in joint discussions with other transplant organizations in reaching consensus and defining topics that require additional research,” says Dr. Zimbrean. “We are starting to do that in collaboration with the American Society of Transplantation and, hopefully, more projects are to come.”

One prospective contribution to this pathway comes from a multidisciplinary debate, called by a surgeon, and including surgeons, nephrologists and transplant coordinators, at the Royal Infirmary of Edinburgh, UK, which explicitly focused on young donors.

Participants agreed, in principle, with an approach to young donors (both related and altruistic) that is being developed into a written consensus position to which all transplant clinicians at the hospital will sign up, so ensuring consistency of practice—and potentially offering further clarity for clinicians who refer donors elsewhere.

Jun23Sign up for the ACLP Trainee Mentorship Program by July 15th