“Integrative Medicine Should Be Part of the C-L Armory”

For example, the SIG will:

ACLP News has been talking with the two Academy members behind the new SIG: Ana Ivkovic, MD, and Uma Naidoo, MD, both from the Department of Psychiatry, Massachusetts General Hospital.

How far has complementary and alternative medicine become accepted as an integrated treatment among clinicians in the US? 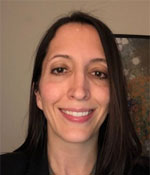 “Although it’s come far, it still has a way to go,” says Dr. Ivkovic. “The main impetus for acceptance seems to be coming from patients, who are increasingly turning to integrative medical approaches for their health care. National Health Statistics Reports suggest one-third of Americans use complementary and alternative medicine approaches including fish oil, probiotics, melatonin, deep breathing, and yoga practices. The more these interventions are being studied, the more they are being accepted among clinicians.

“Now, thanks to the growing body of literature that supports many complementary approaches as effective, evidence-based treatments that improve patients’ health and quality of life, we are seeing yet another shift, to ‘integrative medicine.’ Integrative medicine encompasses the wide range of all appropriate therapeutic approaches that have demonstrated efficacy in improving a person’s wellness.”

What barriers to its acceptance continue to exist?

“The main barrier is that complementary integrative therapies are less studied compared with conventional treatments,” says Dr. Ivkovic. “More well-designed studies are needed to ensure the safety and efficacy of a variety of treatments, which will go a long way to furthering acceptance by the scientific community and by patients themselves.

“Importantly, nutritional and herbal supplements are generally not regulated by the Food and Drug Administration, and many can be harmful on their own, or result in dangerous interactions with conventional medications. This warrants caution when endorsing their use.

“Undoubtedly, another barrier is time. Medical doctors and other conventional health care practitioners have only so much time in the day to keep up with advances in conventional healing approaches, let alone unconventional ones.

“Finally, patients themselves are often not interested in integrative approaches, whether due to time or financial constraints. It can be easier to take a pill twice a day than to make time for regular deep breathing, yoga, or meditation. In addition, most insurance plans cover only a very limited number of complementary medical practices, so patients are often faced with paying more out of their pockets for integrative approaches to their care.”

“Given this, C-L psychiatrists should consider stress-reducing, inflammation-lowering integrative treatment approaches as part of the usual armamentarium with the purpose of optimizing patient wellness and providing tertiary prevention.

“As a more specific example: while not every depressed person is inflamed, we know that most medically-ill patients with major depressive disorder have evidence of systemic inflammation, and we know that this systemic inflammation, via indoleamine 2,3-dioxygenase pathways, is associated with lower feel-good serotonin precursors and increased levels of excitotoxic (and neurotoxic) glutamate. It is no wonder then that systemic inflammation in our medically-ill patients has been shown to be associated with antidepressant treatment resistance. As such, C-L psychiatrists should familiarize themselves with integrative treatment approaches that might have synergistic treatment effects that dampen inflammation and bolster mitochondrial health.

“Another important point is that many of our medically-ill patients are already on a long list of medications and are frequently wary (or have family members who are wary) of adverse side-effects of proffered additional medications. Non-pharmacological, integrative approaches like relaxation response breathing and mindfulness meditation, and mindful exercise approaches like yoga and Tai Chi, can bolster a patient’s sense of well-being without adding to side-effect burdens, which can make them especially appealing. In addition, as incentives in health care move upstream, the mind-brain-body knowledge base of the C-L psychiatrist must be put to better use promoting health and providing primary and secondary prevention of stress-related, non-communicable diseases to our patients and their families.”

How are patients identified who are likely to benefit the most? 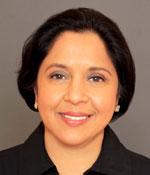 “As with any treatment, patient interest and motivation is important,” says Dr. Naidoo. “Many times, unless we ask, we have no idea that patients are interested in, or already using, complementary approaches. Research supports this.

“Perhaps the best way to identify patients who would benefit from integrative approaches would be to include a routine screening question inquiring about a patient’s interest in, or prior or current involvement with, complementary and integrative health care. With patients who screen positive, it’s important to delve further into this and clarify the types of treatments used and any positive or adverse experiences.

“With patients who have never tried complementary and integrative approaches, those with an open mind and interest would probably benefit the most. It’s important, however, to remain mindful that cost may be a limiting factor for certain treatments which are not covered by insurance.

“Lastly, when screening for someone’s suitability for complementary and integrative approaches, it’s important to be mindful of whether they are taking certain medications, or have particular conditions, that would be contraindicated with certain complementary treatments, so that you are not recommending something that could potentially harm your patient.

“The flip side of this is familiarizing yourself with the proven efficacy of certain treatments for particular conditions. For example, many patients mistakenly assume that because of their medical condition (e.g., Parkinson’s) they cannot benefit from movement-based integrative treatments (e.g. Tai Chi) when in fact they can.

“Clinically, individuals struggling with anxiety spectrum disorders and depression appear to seek out CAM and benefit from a varied number of modalities,” says Dr. Naidoo. “The C-L psychiatrist should be including the CAM question as part of a routine bedside assessment, as many psychiatric patients do not disclose their use of CAM to their doctors.”

She adds: “An integrated approach of both ‘traditional’ and CAM would be the most conservative and inclusive approach to benefit patients. More studies are needed to prove that one method is better than the other. Part of the difficulty is that many complementary and integrative approaches (e.g., movement-based treatments) are not conducive to a placebo control, thereby rendering the gold standard—when it comes to proving a treatment’s efficacy—of randomized placebo-controlled studies impossible.

“Clinically, it may benefit patients the most to have a psychiatrist who is open to this clinical question, willing to hear what the patient is questioning/requesting, and then feeling comfortable implementing a clinical strategy. This is the appeal of integrative medicine: it encompasses all appropriate therapeutic approaches that have demonstrated some efficacy in improving a person’s wellness.”

Should we understand more about the microbiome and gut-brain axis? How is it relevant to C-L psychiatry?

“Neural crest cells migrate to the gut to form the enteric nervous system and the vagus nerve connects the brain and gut,” explains Dr. Naidoo. “Some metagenomic studies have suggested that less than 10% of the cells that comprise our bodies are homo sapiens cells and that the remaining 90% are bacterial cells. Michael Gershon wrote The Second Brain (Harper Collins,1998); he calls the enteric nervous system the ‘second brain,’ which contains approximately 100 million neurons, more than in either the spinal cord or the peripheral nervous system.”

“The C-L psychiatrist may therefore want to consider adding questions about GI symptoms, endocrine problems, and any linkage to psychiatric symptoms,” says Dr. Naidoo. “For example, someone with IBS may present with more marked depression and anxiety. More studies are needed to establish if, e.g., probiotics can effectively reduce these symptoms by approaching treatment from the gut perspective.

“However, a 2018 study published in Bipolar Disorder demonstrated that a probiotic combination, presumably by modulating central nervous system inflammation through the gut–brain axis, has therapeutic effects on patients with mania. The study focused only on mania and not mixed states, hypomania, or depression. The researchers used a specific combination of strains, obtained from a company in Denmark. The combination was well tolerated and could be explored further for use in the US.”

ACLP members can subscribe to the Integrative Medicine (Complementary and Alternative Medicine) SIG via their ACLP profile. You are welcome to contact Dr. Ivkovic (aivkovic@partners.org) or Dr. Naidoo (unaidoo@mgh.harvard.edu).