Ms. A, a 25-year-old single, employed female, abruptly develops a convulsion at work following a minor head bump. She is brought to the emergency department where she has a non-focal examination and a normal head computed tomography scan.

She is discharged but has another event the next day. She exhibits asynchronous side-to-side head and limb shaking for 10 minutes with forced-eye closure. There is no postictal confusion, but she subsequently develops bilateral upper extremity tremors and gait impairment.

Neurology is consulted: her tremor is noted to be variable in frequency and when she is asked to tap a rhythm with the unaffected limb, the tremor in the affected limb mirrors the frequency of the tapped rhythm (i.e., an entrainable tremor).

She undergoes brain magnetic resonance imaging that proves unremarkable and is admitted for video-electroencephalography (EEG). She has two similar seizure events on video-EEG without epileptiform activity.

Psychiatry and physical therapy are consulted. On psychiatric interview, she describes triggered and untriggered panic attacks, longstanding affective dysregulation with interpersonal encounters, and childhood emotional abuse. She also acknowledges increased heart rate and shortness of breath that precedes her convulsions.

Her functional neurological symptoms are evaluated as real, common, and treatable, and she is discharged home with outpatient physical therapy, neurology, and psychiatry referrals. 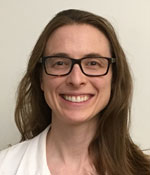 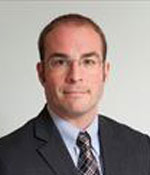 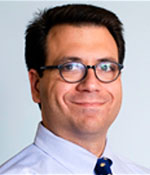 Motor functional neurologic disorders (FND)—previously termed “hysteria” and later “conversion disorder”—are exceedingly common and frequently encountered in the acute hospital setting. But despite their high prevalence, patients with motor FND can be challenging to diagnose accurately and manage effectively, say the authors. And, to date, there has been limited guidance on the inpatient approach to the neuropsychiatric evaluation.

So, the authors set out to outline an inpatient multidisciplinary approach, involving neurology, psychiatry, and physical therapy, for the assessment and acute inpatient management of motor FND.

Beyond the vignette of Ms. A, a detailed description of the neurologic and psychiatric assessments is outlined in the paper. Delivery of a “rule-in” diagnosis is emphasized and specific guidance for what can be accomplished postdiagnosis in the hospital is suggested.

“We encourage an interdisciplinary approach beginning at the early stages of the diagnostic assessment once an individual is suspected of having motor FND,” say the authors.

FND is common: 30% of neurology outpatients lack a traditional neurologic explanation for their complaints and, of those, half manifest FND–and patients with FND commonly result in emergency room visits and acute hospitalizations.

FND is characterized by sensory-motor neurologic symptoms not explained by traditional diagnoses, say the authors.

To move away from framing FND as a diagnosis of exclusion, or a “rule-out” diagnosis, DSM-5 diagnostic criteria for FND no longer require the identification of a precipitating psychological stressor or the exclusion of feigning. In a “rule-in” approach, FND is considered on the differential diagnosis based on specific physical signs and semiologic characteristics. Advantages of this approach include increased diagnostic clarity, and early multi-disciplinary collaborations.

Yet, “despite calls for a team-based approach, a coherent and consistently-utilized approach to the assessment and acute inpatient management of motor FND has not been widely adopted,” say the authors.

“Leveraging these opportunities requires the coordinated involvement of neurologists, psychiatrists, physical and occupational therapists, as well as other allied professions.”

To establish a diagnosis, initiate acute treatment, and develop discharge plans for adults with FND, clinicians must perform careful medical and family histories, psychiatric and psychosocial screenings, and a comprehensive neurological examination assessing the presence of findings specific to FND, say the authors.

“We suggest that FND-related psychiatric assessments and physical therapy evaluations be performed in parallel to any additional diagnostic testing that may be necessary if motor FND is considered likely.”

The psychiatric assessment in FND is different from that of an individual presenting with an isolated mood disturbance. Patients may be reluctant to be seen by a psychiatrist and may view the consultation as confirmation that clinicians believe symptoms are “all in their head.” Similar difficulties may also occur when psychiatric and psychosocial questions are posed by neurologists if not approached tactfully, say the authors.

“Many with FND do not believe affective symptoms or psychosocial difficulties are related to their physical complaints (connections, when present, are indirect at best). As such, it may be helpful to initiate a psychiatric review of symptoms by qualifying that the interviewer would like to ‘ask some questions about mood and anxiety’ while also assuring the patient that ‘this does not imply that these factors are necessarily relevant.’

“Similarly, taking an empathic stance after reviewing the patient’s physical symptoms may provide a natural transition to discuss mood symptoms and coping.”

Predisposing factors (listed in the paper) occur during development and early adulthood, and can influence the later onset of FND. These can include psychiatric comorbidities, maladaptive personality traits, insecure attachment, adverse life events, alexithymia, family dysfunction, intellectual disability, or comorbid medical/neurological conditions, among other factors.

Precipitating factors occur closer in time to symptom onset and can be broadly grouped as physical or emotionally-valenced precipitants, including minor physical injuries or panic attacks.

Perpetuating factors, impeding or limiting the patient’s recovery, include a lack of acceptance of the diagnosis, other comorbid somatic symptom disorders, avoidance behaviors, and the development of medical problems, such as deconditioning.

“In contrast to the standard of care for other neurological conditions, too often once an inpatient diagnosis of FND is made, a rapid, same-day discharge is planned,” say the authors. “In our experience, a poorly executed, rapid discharge can leave patients without a clear post- hospitalization plan and perpetuates repeated emergency department visits.”

The authors advocate that the treatment of motor FND can be initiated in the hospital with “an early interdisciplinary approach, thoughtful delivery of the diagnosis and, in some cases, a brief period of postdiagnosis inpatient care.”

“As patients with motor FND are common in the hospital, it is important to develop an inpatient strategy that facilitates continued outpatient care,” they say. “An interdisciplinary approach in the assessment and inpatient management of motor FND is crucial as it allows for successful exchange across the multiple care providers needed to diagnose and treat patients with motor FND. In evaluating this population, emphasis should be given to detecting ‘rule-in’ examination findings that allow FND to be considered early in a patient’s presentation.”

The full article in Psychosomatics is here.