. . . among patients with epilepsy, stroke, and multiple sclerosis

We know neurological conditions carry a high risk of depression. Given this risk, the Neurological Institute at Cleveland Clinic, Ohio, initiated systematic screening for depression using the Patient Health Questionnaire-9 embedded within its electronic medical record and its data capture system, the Knowledge Program.

The aim was to:

Results are provided in a paper published in Psychosomatics, July/August 2018 issue.

“Depression is frequently underdiagnosed and undertreated in patients with MS, epilepsy, and stroke.”

For all three conditions, increased disease severity and decreased health-related quality of life were predictors of depression. 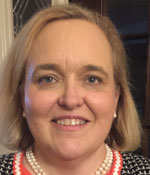 ”Despite its common occurrence in patients with neurological disorders and recent evidence suggesting its treatability, depression is frequently underdiagnosed and undertreated in patients with MS, epilepsy, and stroke.

“The reasons may include difficulty distinguishing between depressive and neurological symptoms and non-psychiatric physicians’ lack of training and reluctance to manage depression.”

Patients with stroke and those with MS showed lower probabilities of depression with advancing age but a higher probability for depression with greater illness severity. “Both age and illness duration may be associated with the development of coping strategies that modify the prevalence of major depression,” say the researchers.

In epilepsy, however, the association between age and the predicted probability of depression went in the opposite direction: increasing age was associated with a higher risk of depression.

“Perhaps, as patients with epilepsy grow older, they are more susceptible to learned hopelessness about their condition and their prospects for the future, possibly due to stigma associated with epilepsy,” say the researchers.

“The neurobiologic mechanisms that result in seizures can also affect mood, and it is possible the clinical manifestations of depression through these common pathogenic mechanisms are apparent only when seizures are more severe,” say the researchers.

“Although depression is common among patients with MS, stroke, and epilepsy, our data suggests that predictors of depression, such as age, health-related quality of life, and disease severity, varied by each unique neurological condition.

“Such differing depression risk factors in condition-stratified analyses support the notion of possible important phenomenological and pathophysiological differences of depression occurring as a complication of these neurological conditions.

“Future studies examining both condition-stratified and condition-aggregated clinical outcomes, including effects of antidepressants and non-pharmacologic therapies, are warranted.”

The full paper, Prevalence and Predictors of Depression Among Patients with Epilepsy, Stroke, and Multiple Sclerosis Using the Cleveland Clinic Knowledge Program within the Neurological Institute, is here.