ACLP has a new process for nominating members to leadership positions.

The move is part of a drive for greater transparency and fairness. 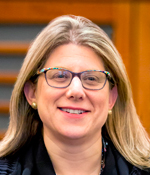 “Over the past decade, the Academy has grown from about 700 members to more than 1,500,” says Rebecca Weintraub Brendel, MD, JD, FACLP, chair of the Academy’s Nominating Committee. “Our meetings are larger. Our budget is bigger—now more than $1M per year. Our Council, our leadership body, is reorganizing as a board of directors. It is no longer good governance for the Nominating Committee to do its work of selecting nominees for leadership based only on personal knowledge and informal recommendations.

“In order to identify and benefit from the vast experience and leadership potential of our members, our process must evolve to keep pace with the growth of the Academy and to promote transparency and fairness in the selection of nominees for leadership positions.”

As a result, Council approved the committee’s recommendation (below) for a new nominating process.

While the above schedule will be implemented fully in 2019, Council and the Nominating Committee agreed to a compressed schedule this year to invite nominees for four council positions becoming available in November. Each position is for a three-year term; two incumbents are eligible for nomination to a second term.

The officer nomination process, currently being discussed by Council, is expected to undergo transition to a similar procedure.

The Academy is also revising its nomination process for its representative to the American Psychiatric Association (APA) Assembly Committee of Representatives of Subspecialties and Sections (ACROSS).

The Academy meets criteria set by the APA for sending a voting representative to the APA Assembly. But in the past, Council has selected a representative based on personal knowledge of skills and experience.

“It is now time to implement a formal procedure both to seek expertise that may not be immediately known to Council, and for transparency,” says Dr. Brendel.

The Assembly representative must be an Academy Fellow, and an APA member, and have considerable knowledge and experience of the governance structure of the APA. Prior Assembly experience is highly desirable, as is a history of service and leadership within the ACLP, and having the personality attributes to work effectively and produce results in a collaborative, deliberative body.

A separate call for nominations of Academy Fellows for this position will occur in January during years when a term is expiring. Fellows may self-nominate. The Nominating Committee may also solicit nominations from Academy Fellows who have exemplary experience in both the APA and the Academy. The timetable will be:

“It is no longer good governance for the Nominating Committee to do its work of selecting nominees for leadership based only on personal knowledge and informal recommendations.”

The new processes are part of a drive for greater transparency within the Academy, including the launch of a new page on the website later this summer titled Academy Governance, which will collate key governance documents for members.

The documents will include:

Council also agreed at its May meeting to change the appointment of ex officio members to Council, which will be presented to the Academy membership this year in the form of bylaw amendments. The changes will result in the Academy’s APA ACROSS representative, and the current chairperson of the APA’s Council on Consultation-Liaison Psychiatry, assuming appointments as ex officio members. The ACLP Foundation chairperson will no longer serve as ex officio.