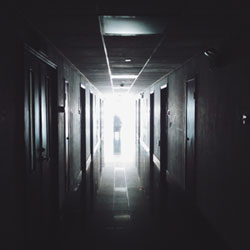 A protocol for clinicians to make a psychiatric assessment of patients requesting physician-assisted death (PAD) has been developed by a C-L psychiatry team at the University of California, San Francisco.

The C-L service team created a guide to these psychiatric evaluations while a committee at the medical center developed the clinical protocol. It was based on the Act, but with the additional local requirement of an evaluation by a psychiatrist or clinical psychologist in every PAD case.

The protocol calls upon clinicians to ascertain the cognitive, mood, and overall psychiatric statuses in determining the decisional capacity status of the patient choosing PAD.

Consultants performing these assessments will need to examine the “suicide versus PAD” paradigm and be willing to “de-medicalize some death-seeking behavior.” A fundamental issue explored is that of the terminally ill patient choosing PAD “really” dying of the underlying terminal illness, not “death by suicide.” Hence, the terminology “physician-assisted death” rather than “physician-assisted suicide” is advocated.

“The stance that past, well-remitted depressive disorder with suicide attempt would be disqualifying, could be considered by some as excessive”

Since PAD in the US became legal in Oregon in 1994, six other US jurisdictions have followed suit. The general parameters of PAD laws in the US allow a terminally ill patient to request and, if eligible, receive a prescription for a lethal dose of medication for self-administration on a future date to cause death. In the last two years alone, California, Colorado, and Washington, DC have enacted PAD statutes.

The role of psychiatrists

In Oregon, where PAD is long-standing, lethal prescriptions are most typically sought by patients with terminal illness who have concerns about loss of independence; a desire to control the manner, time, and place of their death; and fear of increasing pain and decreased quality of life—as opposed to seeking death as a manifestation of a comorbid psychiatric illness. Nonetheless, psychiatric evaluation to clarify these issues is often recommended.

Psychiatrists have expressed a range of opinions on the elements of the psychiatric evaluation and thresholds for PAD, and they differ on the wisdom and value of a mandatory mental health evaluation.

Because most patients in Oregon requesting PAD do not have a depressive disorder, and because those with one could typically be identified with screening instruments, it was felt by some that mandatory mental health evaluation was “burdensome, unnecessary, unworkable.”

Further issues have arisen because there is no clearly defined clinical method to distinguish “rational” from “irrational” suicide. Moreover, there is a lack of scientific precision in methods for decisional capacity determinations—all leaving open the possibility that the psychiatrists’ own views on the ethics of PAD impact the ultimate decision to allow PAD.

Guidance on PAD assessments from Oregon and Washington State advocates:

A guide to the Oregon Act, The Oregon Death with Dignity Act: A Guidebook for Health Care Professionals, recommends assessing patients’ understanding of their terminal medical illness and benefits of other clinical interventions, such as palliative and comfort care. 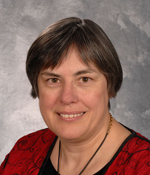 “Review of advance directives and other end-of-life legal documents should be considered to inform the extent to which the decision to access a lethal prescription is consistent with the patient’s prior values,” says Dr. Ganzini, who has been closely involved in the Oregon guidance. “This determination, however, does not mean that a change in wishes renders the patient de facto incapacitated, but rather that a discussion about what has changed would ensue.” 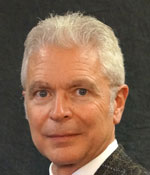 The University of California, San Francisco policy requires that the comprehensive evaluation in every PAD-seeking case is “more than just a decisional capacity assessment,” says Dr. Bourgeois, “in that we direct a comprehensive C-L psychiatric interview to ascertain specific psychiatric diagnosis/es, including reversible illness states (e.g., delirium, depressive disorder) that literature has shown can impact decisional capacity status.”

Assessment of decision-making capacity defined by the protocol includes having the patient demonstrate:

Furthermore, to keep roles and boundaries separate, the committee decided that the evaluating clinician should not then become the treating clinician in cases where psychiatric intervention is recommended. “If the clinician completing the evaluation wishes the patient to engage in treatment for an active psychiatric illness affecting the decisional capacity process,” say the authors, “the clinician has the option of recommending treatment and then re-evaluating the patient later.”

The protocol also determines that patients with significant past suicidality, or suicide attempts, will, in general, be excluded.

“This conservative stance that past, well-remitted depressive disorder with suicide attempt would, in fact, be disqualifying, could be considered by some as excessive,” say the authors. “This caution was balanced against concern by some stakeholders regarding the theoretical risk that some patients who are recurrently suicidal could use the PAD methodology to act upon pre-existing suicidal ideation in a surreptitious way.”

The committee did not have an expectation, nor the clinical resources, to have patients evaluated more than once, to assess inter-rater reliability. The perceived marginal benefit of a second evaluation was balanced against the burden on a terminally ill patient, who would already have had to complete three PAD consultations. On the other hand, finding the patient with an episode of possibly reversible delirium, or other treatable psychiatric illness impacting decisional capacity, could be a situation in which the patient’s decisional capacity status could be revaluated after treatment.

The protocol will likely be re-examined over time depending on collective ongoing clinical experience, say the authors.

A potential controversial area is whether to allow PAD for a terminally ill patient with a history of prior suicidal behavior and/or psychotic illness. Clinician experience in distinguishing between past suicidality and/or psychotic illness, and a fully intact decisional capacity status for PAD, may lead to a re-examination of this current policy prohibition. A future, modified iteration of the protocol could perhaps someday allow the PAD option for those with a distant history of suicidal behavior or fully compensated psychotic illness.

The Psychosomatics report, Physician-Assisted Death Psychiatric Assessment: A Standardized Protocol to Conform to the California End of Life Option Act, is in full here.