“Full membership in the house of medicine” for C-L Psychiatry is one of the key aims of a council operating within the American Psychiatric Association (APA). 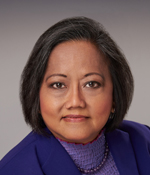 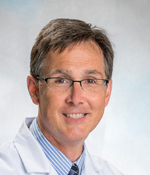 ACLP Consultants to the Council:

Resident fellow members of the Council:

Chaired by David Gitlin, MD, FACLP, Division of Medical Psychiatry, Brigham and Women’s/Faulkner Hospitals (and a past president of the Academy), CoCLP accomplishes its goals through initiatives on research, clinical care, education and health care policy.

ACLP has worked with the APA through the CoCLP, collaborating on the field’s name change to C-L Psychiatry, on promoting C-L, and on increasing recruitment into C-L fellowships.

“Thus far this year, the CoCLP has produced several of them on various topics relevant to C-L Psychiatry as well as of educational value to general psychiatrists who are members of the APA: qTC Prolongation and Psychiatric Disorders, ED Boarding of Mentally Ill Patients, Assessment of Capacity for Medical Decision Making, and Psychiatric Issues in Infertility.

“After they are created, they are sent to other relevant councils for comments and then sent for approval by the Joint Reference Committee of the APA and published.

“It is significant to note that most, if not all, members of each resource document group are members of the ACLP, further solidifying the relationship between ACLP and the APA Council on C-L Psychiatry.”

“The future of the productive collaboration between the APA CoCLP and ACLP, as we navigate the subspecialty together, will reap even more benefits for both the APA and the ACLP.”

“As a member of both the APA CoCLP and the ACLP,” says Dr. Tiamson-Kassab, “I personally see that the value ACLP members contribute to the CoCLP is significant, and that continuing collaboration between the two is essential to promote C-L Psychiatry through various avenues: education, advocacy, initiatives on health care policy and research, among others.

“I believe that the future of the productive collaboration between the APA CoCLP and ACLP, as we navigate the subspecialty together, will reap even more benefits for both the APA and the ACLP.”

As one example of the deepening productive relationship, articles are currently being published in the APA’s Psychiatric News, starting last month (September), to illustrate the breadth and depth of C-L Psychiatry—thereby aligning with the theme of this year’s ACLP annual conference in November. They focus on C-L psychiatry areas such as transplant psychiatry, HIV psychiatry, and cardiac psychiatry, and result from involvement by the ACLP SIGs (special interest groups).

Dr. Gitlin says: “The APA recognizes C-L Psychiatry as an important and unique area of clinical care and research, one that furthers the overall mission of the APA to serve those patients suffering with mental illness.”

The APA has demonstrated that recognition by creating several modes through which C-L psychiatrists can participate in the function and vitality of the APA, he says. “It has created the Council, which is the highest level of work function within the executive branch of the APA. There are only 11 councils, but dozens of committees and caucuses that report to the councils. For example, the Committee on HIV Psychiatry reports to the Council on C-L Psychiatry. The APA also has a specific position for an Academy representative to the legislative branch, known as the Assembly.”

ACLP members are also encouraged to influence what goes on at CoCLP meetings. “ACLP members are encouraged to reach out to APA Council members with their interests and concerns, especially as regards state and federal issues that impact the field,” says Dr. Gitlin. “ACLP members who are also APA members can get involved with a number of content topic projects, including the development of position statements and resource documents.”

ACLP’s Council values the relationship and opportunity to embed further C-L Psychiatry into the wider field of Psychiatry, and to leverage the strength and resources of the APA in this mission, says ACLP president, Jim Rundell, MD, FACLP.

“In recent years, our relationship with the APA has deepened,” he says. “The APA has increasingly called upon ACLP leaders and members to assist with strategic imperatives throughout Psychiatry because of our subspecialty expertise. And we have worked with the APA to leverage their size and resources to help advance the C-L Psychiatry strategic agenda. This has proven to be a fruitful collaboration. Increasingly, this strong interrelationship has become important for the growth of our field, and I encourage all ACLP members to support this by joining APA as a member as well.”

ACLP is a partner in an APA-led program to establish a national clinical support center for clinicians treating patients with severe mental illness (SMI).

APA has been awarded the Substance Abuse and Mental Health Services Administration grant for the five-year program which aims to promote person-centered treatment and recovery support of SMI individuals.

The coalition of organizations participating in this program include:

“This is a great opportunity to advance the use of first-episode psychosis programs and provide expertise on implementation of the program and providing community-based services,” says Kristin Kroeger Ptakowski, APA’s chief of policy, programs, and partnerships.

Oliver Freudenreich, MD, FACLP, has been appointed to serve on the program’s advisory board on behalf of ACLP and to provide clinical expertise. Dr. Freudenreich has expertise (clinical, teaching, and research) in all phases of schizophrenia, including first-episode psychosis and early course schizophrenia. He is co-director of the Massachusetts General Hospital Schizophrenia Clinical and Research Program.

Dr. Freudenreich’s academic interest is in the area of optimal psychopharmacological treatment for schizophrenia, including clozapine for refractory psychosis, early course schizophrenia, the role of medical morbidity in schizophrenia, and treatment adherence.

“Dr. Freudenreich’s identity and functioning as a C-L psychiatrist will add an important perspective to the advisory board, ensuring that considerations at the interface of psychiatry and medicine are expertly addressed,” says ACLP president Jim Rundell, MD, FACLP.

“APA has brought together a community of partners to ensure that this initiative is inclusive of expertise from all individuals and organizations who collectively want to ensure the most effective care for patients with SMI.”