“The culturally humble clinician expresses respect and a lack of superiority”

Patients from different cultural backgrounds tend to have different ways of explaining their illnesses and seeking help.

Clinicians who take a “culturally humble” approach are more likely to understand symptoms and culturally shaped illness beliefs and are better able to communicate treatment options to patients.

So say the authors of a paper in the November-December issue of Psychosomatics. 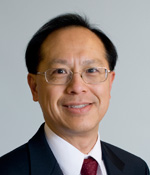 This approach is in demand because census estimates show the US will soon become a “majority-minority” country. That is, more than 50% of the population will comprise minority groups from culturally diverse backgrounds.

“To respond to these dramatic changes,” say the authors, “psychiatrists will need to hone their skills to enhance the care they provide for diverse populations in the general hospital, particularly given the well-documented disparities in access to, and quality of, mental health care delivered to racial and ethnic minority groups.”

Patients from non-majority cultural groups often report less satisfaction with health care treatment, less shared decision-making with providers, and less overall trust in providers. “These disparities increase with racial, ethnic, and linguistic discordance between doctor and patient dyads, and appear to be further increased in those who have experienced discrimination. Training focused on fostering an attitude of cultural respect and humility is sorely needed to equip psychiatrists for this challenge.”

“Cultural humility”—or the “ability to maintain an interpersonal stance that is open in relation to aspects of cultural identity that are most important to the patient”—is a key attitude that predicts success within cross-cultural clinical encounters.

Help is at hand. The Diagnostic and Statistical Manual of Mental Disorders, Fifth Edition (DSM-5), contains two updated tools for clinicians: an Outline for Cultural Formulation, and the Cultural Formulation Interview (CFI). The CFI is based on 16 questions and probes tested for feasibility, acceptability, and clinical utility in a DSM-5 field trial.

Clinicians are helped to develop skills but, perhaps more importantly, attitudes that may ultimately prove to be more useful. “The culturally humble clinician expresses respect and a lack of superiority regarding the patient’s culture and does not assume competence in terms of working with a patient simply based on prior experience with other patients from similar backgrounds,” say the authors—and, in their paper, they offer vignettes and a table of frequently asked questions to support their premise.

“Cultural humility” is particularly relevant in C-L Psychiatry and collaborative care, they say. Research shows that collaborative care models are effective with patients from racial and ethnic minority groups. Yet, additional steps are needed to enhance the cultural sensitivity and appropriateness of such interventions and to improve outcomes.

Challenges and Opportunities for C-L Psychiatrists

Sociological—Identifying risk factors faced by cultural minority populations that are associated with stress, anxiety, and depression. Early studies showed that in both Black and Latino populations, sociodemographic risk factors (including social class, urban segregation by neighborhood, and fewer economic resources) put these populations at higher risk for developing anxiety and depression.

Anthropological—Building a knowledge bank from different racial and ethnic minority groups experiencing and/or reporting their mental health symptoms differently. For instance, although depression is a well-accepted psychiatric syndrome in European and North American cultures, in many non-European cultures (including Nigerians, Chinese, Canadian Eskimos, Japanese, and Southeast Asians), equivalent concepts of depressive disorders are not found.

“The discrepancy in illness beliefs between diverse patient populations and Western-trained physicians may help to explain these patients’ focus on physical symptoms, under-reporting of depressive symptomatology, and subsequent lack of motivation to receive standard psychiatric treatments for depression,” say the authors.

Additionally, when psychiatrists recognize minority patients with depression, they frequently feel that they lack the training to communicate about the illness to these patients and worry that informing their patients about psychiatric conditions may provoke stigmatizing reactions. Such culturally influenced differences in symptom presentation and illness beliefs frequently lead to under or misdiagnosis of depression among minority populations, delays in treatment, or suboptimal treatment, and a prolonged course of depression.

The experience of Latinos and Asians with depression illustrates some of these cultural issues. Members of certain Latino subgroups, particularly Spanish-speaking ones, may report predominantly physical symptoms of psychologic distress, perhaps in part because they expect clinicians to focus on physical issues; thus, identifying patients who would benefit from treatment may be more difficult. Once identified, however, these patients may be reluctant to receive treatment. Taking antidepressants may be perceived by depressed Latino outpatients as a sign that someone is severely ill, crazy, or weak, and may be associated with drug use and addiction. Depressed Chinese patients predominantly report somatic symptoms and rarely mention their mood symptoms—because psychiatric disorders are highly stigmatized in many Asian cultures.

A survey on illness beliefs among depressed Asian Americans with a low degree of acculturation showed that many of them were unaware of, or were unfamiliar with, the concept of major depressive disorder. “The tendency of depressed Asian Americans to focus on their physical symptoms and to discount their mood symptoms makes it particularly difficult to identify depression,” say the authors, “although studies have also found that these patients will report depressive symptoms when directly asked by the physician.”