‘Proactive Consults May Provide a Better Model in Trauma Care’

C-L psychiatrists gave a harrowing account at last year’s Annual Meeting of what happened in their hospital in the aftermath of the Pittsburgh Tree of Life mass shooting.

It is one of the recorded sessions currently offered to all for free streaming from the Live Learning Center on the Academy’s website.

The presenters discussed principles and practical techniques for consults pertinent to evaluating victims. They talked about struggles for patients, families, local communities, health care providers and trainees. And they identified resources to support patients, the public (including the media), medical colleagues—as well as their own C-L Psychiatry peers—in the wake of mass violence.

As one presenter said: “We all assume it won’t happen to us.” Yet, in the US, a mass shooting occurs on average every 64 days. 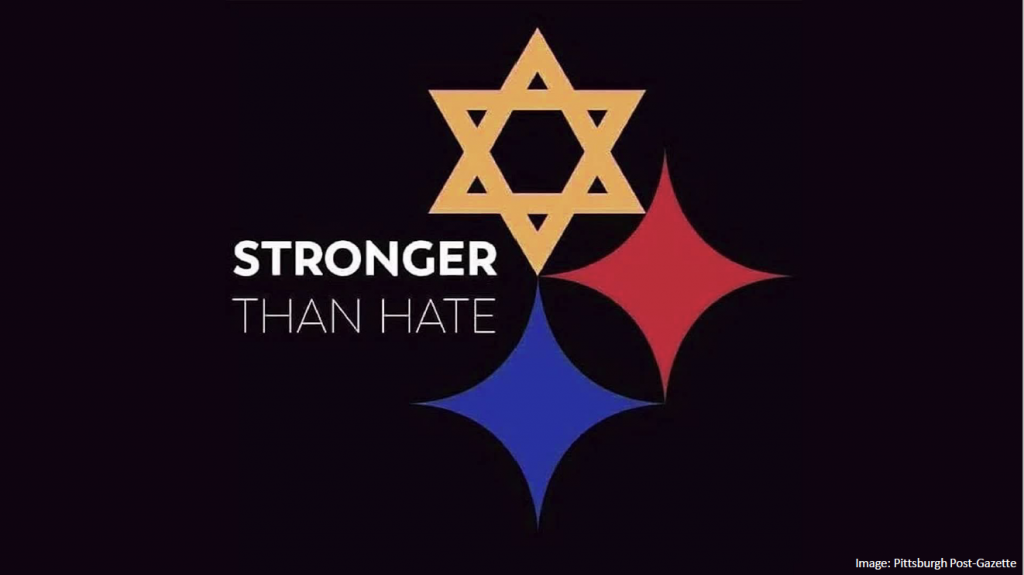 It happened on October 27, 2018, at the Tree of Life Synagogue. The impact was felt throughout the neighborhood’s predominantly Jewish community and Pittsburgh at large, not least at the University of Pittsburgh Medical Center (UPMC), Presbyterian Hospital.

Nicole Bates, MD, now acting assistant professor, Department of Psychiatry and Behavioral Sciences, University of Washington, described one of her consults at UPMC—a woman whose loved one had been killed in the shooting, fearful of staff entering her room… “Could this woman have PTSD? Yes. But, of course, that’s just the tip of the iceberg.”

“C-L psychiatrists are human, too,” says Dr. Bates, who was then completing her C-L fellowship at UPMC. Before she walked into the patient’s room, she doubted herself: “What could I possibly say that could be helpful to her? What do I ask? What don’t I ask? What about tomorrow, next week, next month, a year from now for this woman and her family? How do I manage my own emotions? You want me for this? Isn’t there someone more qualified? I didn’t feel I was armed with knowledge, experience, or even a framework for how to approach this consult.”

Phases she encountered of patient reaction to the mass violence were:

In the ‘acute’ phase, C-L psychiatrists are called upon to give:

… with the objectives of:

Using TIPPS, there is no formal consult, but instead it is routinely integrated into trauma care. Proactive intervention reduces psychiatric morbidity during admission and establishes alliance. Patients and families are seen separately.

Emily Smith, MD, a PGY2 resident on call at the time of the shooting, also discussed how C-L Psychiatry after mass violence could be improved. Among her points: resources need to be at hand in hospitals on how to respond to community members harboring feelings of guilt that they have survived, while other members of their families have not.

Morgan Faeder, MD (a member of the Jewish community, who lived near the Tree of Life), described his consult with a secondary victim who was part of the Tree of Life congregation. On entering the building she found bullet holes in a plaque and “blood everywhere.”

At two months, she was having intrusive thoughts about the shooting, avoiding large Jewish gatherings, watching for potential threats to herself and her family, and experiencing worsening mood, anxiety and loss of concentration. At 11 months, her symptoms had intensified because of the upcoming anniversary. “She was uncomfortable talking about her symptoms to the point that she had not shared them with her therapist, with whom she had a longstanding and trusting relationship.”

Darcy Moschenross, MD, described how violence impacts the medical community. She gave statistics showing that in the US, in 2017 alone, violence resulted in 2.3 million visits to emergency departments, 376,500 hospitalizations, and a cost of 8.7 billion dollars.

“Health care workers can and do experience trauma without direct involvement in an unanticipated adverse event,” she points out—which could lead to medical error and/or patient-related injury. Yet, medical professionals often do not seek care. So, “peer support can go a long way.”

Jack Rozel, MD, MSL, FAPA, president of the American Association for Emergency Psychiatry and a national expert in violence and threat management, leads emergency care in the community for UPMC. He described the impact such events, reported in the media, have on others on a pathway to violence—from hoaxers to attention-seekers to those with a burning grievance.

From past violence, research showed that glamorizing perpetrators and their ideology in the media stimulated would-be shooters to reference ways of achieving greater coverage, but groundwork with journalists before the Pittsburg shooting resulted in coverage “better than seen in other events”—the media focused more on victims and heroes than on the gunman, and there was less stigmatizing of people with mental illness.