How personality-informed care can make all the difference in outcomes

Several aspects of personality—such as defenses, relational dynamics, and reactions—are commonly accentuated during medical care. So, understanding a patient’s personality allows the clinician to make informed predictions about how a specific patient may respond to illness, and how care interactions might be modified to optimize care engagement and outcomes. 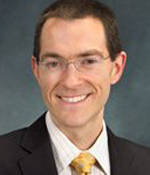 Which is why Mark Oldham, MD, set out to provide a brief description of the personalities in the Psychodynamic Diagnostic Manual, Second Edition, and discuss how each one might inform clinical interactions.

The results are in a paper Personality-Informed Care: Speaking the Language of Personality in the May/June issue of Psychosomatics.

It “operationalizes several aspects of personalized medicine, and it offers a heuristic framework that may facilitate and enhance the implementation of evidence-based care,” says Dr. Oldham.

“Considerations of personality are especially relevant in the midst of medical care, where a patient’s personality features are commonly accentuated as the experience of illness requires adaptation. This fact reflects the prevalent concept of adjustment disorders where a given stressor can lead to a maladaptive response in the context of sufficient characterological vulnerability (e.g., a perfectionist who demands excessively detailed information during a prolonged, complex course of care). This relationship between illness behaviors and personality expression is often particularly salient among hospitalized patients: one might even consider hospitalization as a ‘personality stress test’ that evokes one’s more distinctive personality traits.”

But personalities are enduring and therefore predictable to an extent. “This implies that identifying personalities can provide predictive value similar to knowing the natural history of a disease, or to applying the results of a clinical study…Personality-informed care allows the clinician to make educated predictions about which comments and interventions may be best received, [which may] jeopardize a relationship, or facilitate collaboration toward optimal outcomes.”

Helpfully, Dr. Oldham presents a table of personality types and examples of clinical scenarios with these patients, together with features to emphasize when providing care, all in more detail than shown here:

Depressive personality—those prone to negative affect with a diminished capacity for pleasure who can be introjective (“to throw inside”) or anaclitic (“leaning against”). “Emphasize the centrality of their personal pain and suffering,” is among guidelines given.

Dependent personality—characterized by a sense of internal inadequacy leading to submission in relationships to maintain them. Reversal (colloquially “codependency”) may occur wherein a person ingratiates themselves so much to others that others end up needing them; that is, they make themselves indispensable. “Place greater emphasis on resources available than on the treatment.”

Anxious-avoidant and phobic personality—they approach the world with apprehension: a central preoccupation is the ever-present prospect of danger. “Model confidence and try to inspire confidence in them incrementally.”

Obsessive-compulsive personality—an inflexible perfectionist. Orientation to detail and order can detract from task completion and leads others to avoid them for their exacting rules. “Offer details, handouts, or other educational materials as available.”

Schizoid personality—tend to be emotionally constricted and socially insulated by choice because close relationships are perceived as overwhelming or dangerous. “Emotionally subdued interactions [are] often preferred.”

Somatizing personality—a penchant to experience psychological distress in the body, often through a certain organ, region, or system. “Use less overtly psychological terms (stressed for anxious; down for depressed; out of it for dissociated; fed up for angry).”

Hysteric–histrionic personality—a penchant to sexualize power, often accompanied by coquetry, fickleness, showy and theatrical pathos, and, paradoxically, an egotism that often unconsciously sets oneself up for disappointment. “Always maintain healthy boundaries, especially when the patient is coy.”

Narcissistic personality—characterized by grandiosity, entitlement, need for admiration, and lack of empathy. Such people are exquisitely vulnerable when their self-image is challenged or, in their estimation, damaged. Narcissistic injuries can lead to rage, severe depression or even suicidality. “Ally with them in a shared pursuit of excellence.”

Paranoid personality—the person with a self-referential belief that the world has an uncanny interest in oneself. They see the world as “full of potential attackers or users.” Such people may become increasingly delusional in proportion to their degree of psychophysiological distress. “Avoid a warm therapeutic style: direct, courteous interaction [are] preferred.”

Psychopathic and sadistic personality—characterized by a tendency to manipulate others without remorse; often, lacking moral compass and with a limited capacity to empathize with others’ suffering. “Set very clear, firm boundaries.”

Borderline personality—their defenses lie on the border between neurotic (maladaptive but reality-based) and psychotic (not reality-based), the latter of which occurs in times of distress. “Provide emotional stability independent of, and especially in response to, their emotional shifts.”

Traumatized patient—has often forged a view of the world as dangerous. The effects include difficulties in safety, interpersonal trust, power/control dynamics in relationships, self-efficacy, and intimacy. “In general, do not explore details of trauma in acute settings.”

Cognitively impaired—each patient’s premorbid personality may be distorted as cognitive impairment progresses, with certain personality features exaggerated and others muted. “Empower the patient by asking them to explain things to you.”

Dr. Oldham adds: “Personality sets the parameters for one’s experiences and object relations and, therefore, introduces a host of likelihood ratios of how a specific patient might engage in specific aspects of care.

“Personality can hint at a patient’s deeper set of motivations and suggest what aspects of care might be tailored to meet unconscious needs (e.g., relationships in dependency) and avoid unconscious threat (e.g., intolerability over a sense of inept care for the narcissist).”

“Personality-informed care allows the clinician to translate jargon into a language that patients understand, not only linguistically and intellectually but also relationally.”

Moreover, the personalities of the patients’ clinicians also ought to be considered “because consultations on ‘difficult patients’ may reflect interpersonal conflicts where the consultee’s personality, or a relational enactment with the patient, has led to the consult question (e.g., deep rifts in opinion among clinicians caring for a patient with borderline personality).

“Always consider how relational dynamics might have influenced, or prompted, a consultation request,” says Dr. Oldham, “or how they might have led to delayed recognition of a longer-festering issue.”

He concludes: “Compassion, the touchstone of good clinical care, involves knowing the person within the patient: this includes knowing their personality.

“Personality-informed care contours our care delivery using a patient’s native personality language. It allows the clinician to translate jargon into a language that patients understand, not only linguistically and intellectually, but also relationally.”

The full paper, Personality-Informed Care: Speaking the Language of Personality, by Mark Oldham, MD, is here.