Teens are vaping both marijuana and nicotine in record numbers

Vaporized nicotine and marijuana products have emerged as a popular and dangerous alternative to cigarettes and alcohol among young people.

While rates of binge drinking, prescription opioid abuse, and cigarette smoking have all declined in most youth age groups, use of dab pens, wax and shatter are escalating quickly. 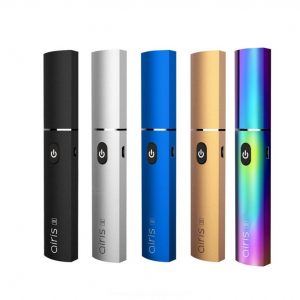 Such products—with high concentrations of THC—have been associated with the rapid onset of mood and psychotic symptoms in young people, even from novel exposure.

Teens are vaping both marijuana and nicotine in record numbers. The 2019 Monitoring the Future Survey of more than 42,000 students (8th, 10th and 12th graders) from nearly 400 schools in the US showed that vaping marijuana among 12th graders had nearly doubled in a single year—the second largest one-year jump for any substance in the survey’s history.

One in four students in 12th grade, one in five in 10th grade, and one in 11 in 8th grade reported vaping nicotine over the past month.

[The 2020 survey, restricted by the COVID-19 pandemic, which represented 25% of the size of a typical year’s data collection by University of Michigan researchers, funded by the National Institute on Drug Abuse, showed a levelling off of marijuana vaping.]

“Public health initiatives should focus on educating the community about these risks, and we should be confronting and correcting the public notion that substances like marijuana are a ‘natural’ option for treating mental illness, especially among young people,” says Dr. Markley, who co-chairs the Academy’s Pediatric C-L Psychiatry SIG.

Adolescents experimenting with over-the-counter medications is not new, but this phenomenon has been popularized with their ability to broadcast use on social media platforms such as TikTok.

Influencers may also arise from the prevalence of cannabis use by parents with children in the home—which from 2002 to 2015 increased from 4.9 to 6.8%.

Early marketing of vaporized nicotine geared specifically to young people may have also had an impact. 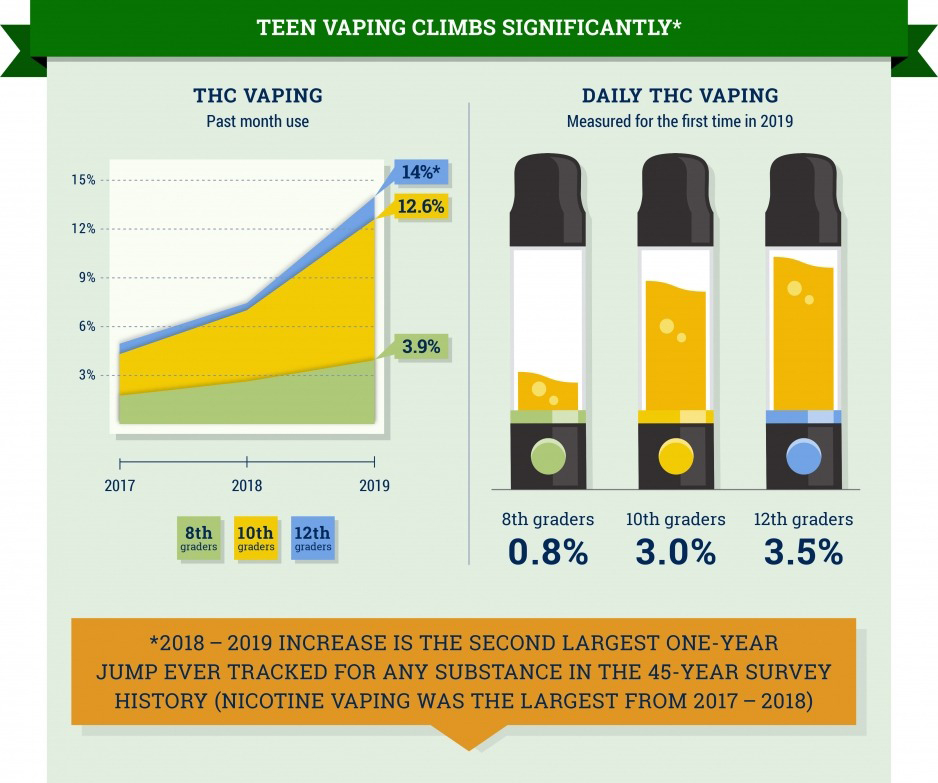 Sequelae of Early Marijuana Use

As had been found with alcohol abuse, the age at which young people first experiment is key to their risks of substance use disorder.

“The same is true with marijuana,” says Dr. Markley: 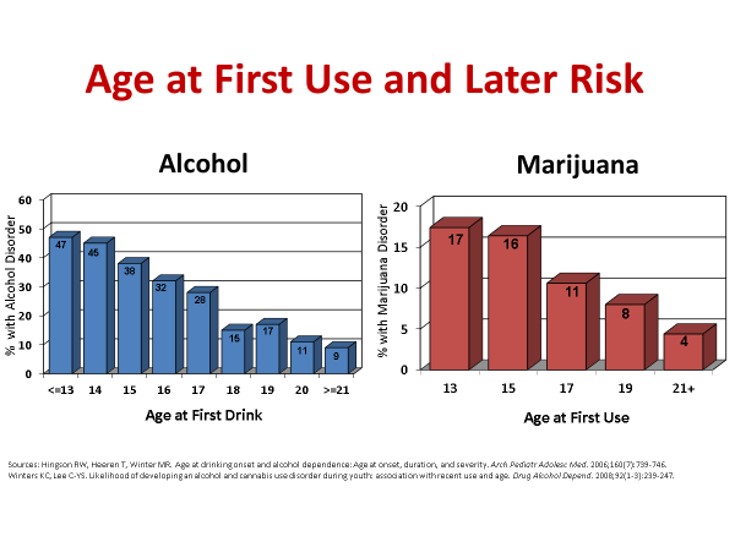 “Delaying use, even by a few years, greatly reduces the chances that someone will develop a substance use disorder.”

Long-term marijuana use initiated in adolescence has been shown to have negative effects on intellectual function, and that the deficits in cognitive areas, such as executive function and processing speed, do not recover by adulthood, even when cannabis use is discontinued, according to US Surgeon General’s Advisory on Marijuana and the Developing Brain, 2019.

Educational failure, increased school drop-out, unemployment, relationship difficulties, and domestic violence have all been shown to ensue alongside increased prevalence of psychotic, mood, and other addictive disorders.

As adolescents age, and their ability to procure substances increases, use starts to be regular/daily for a subset who are internally motivated to use—not just as a result of peer influence.

A syndrome of cyclic nausea and vomiting with abdominal pain is common in regular cannabis users. But it becomes far more frequent as the THC content, and the THC/CBD ratio of marijuana products, is increased.

“Delaying use, even by a few years, greatly reduces the chances that someone will develop a substance use disorder.”

A hallmark sign is hot showering/bathing to alleviate symptoms.

“But there is a vicious cycle because of the belief that smoking marijuana decreases nausea,” says Dr. Markley. “Exact mechanisms are unknown, but this can cause repeated hospital stays and significant impairment. Haloperidol is a promising treatment, but the crux of long-term recovery is cessation of marijuana use.”