Our program of topical workshops at CLP 2022 includes… 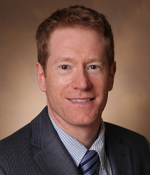 Throughout human existence, relocation has been a necessary strategic response to natural disasters and environmental changes. The current climate crisis has far-reaching effects, including on migratory patterns. The consequences of forced migration due to climate change on general health and mental health are becoming increasingly apparent.

Much of humanity is at risk of being impacted by migratory changes precipitated by climate disasters. For example, there are more than 500 million people living in coastal areas less than 5m above current sea levels who are at risk of increased flooding, infectious disease emergence, and salinification of soil and water. Over a quarter of these people live in areas with low standards of living and health, indicating severe resilience deficits.

Drought and flooding will make agriculture difficult in many rural areas, prompting further movement to cities. Additionally, wildfires will lead to additional emigration to urban areas. Interior urban centers are predicted to become densely populated, with increased conflict and political instability, furthering the demand for migration.

The interaction of climate change and policies that limit access to resources to the wealthy elite precipitates conflict and forces millions of people around the world from their homes. Disaster displacement is altering the demographics of cities and countries, which was evidenced by a record high of 31 million people having to relocate due to climate change-induced disasters in 2020. This is despite the growing number of ‘trapped’ populations who lack the ability to move in the face of climate stressors.

While immigrants are an important source of medical caregivers in this country, many migrants are frequently traumatized in their country of origin, and then marginalized as immigrants, leading to potentially severe general and mental health consequences. Various immigrant groups have distinct experiences in their new country including differential access to housing and employment opportunities that also contribute to health and mental health. Multiple studies show that generally, immigrants in the US are exposed to increased environmental and occupational toxins. Immigrants to the US use fewer health care resources than citizens, but at least one study showed that their children are sicker when brought to the emergency department.

Given the likely changes in immigration and migration patterns resulting from the ongoing climate crisis, mental health treatment approaches that address the vulnerabilities of communities at risk will be important. C-L psychiatrists are often on the frontlines, seeing immigrants in the general hospital or emergency departments. To adapt to the ever-increasing numbers of the climate displaced, the ACLP Global & Cultural SIG believes that C-L Psychiatry training should include focused instruction on recognizing and treating mental health issues in immigrant populations.

Today’s live Global & Cultural SIG workshop will help psychiatrists prepare for the future by providing an overview on working with displaced patients:

Dr. Burke has created a podcast in a new ACLP series discussing climate anxiety in children/young people and their beliefs about government responses to climate change.

The workshop Modern Challenges in Psychiatric Education: Climate Change and Forced Migration is today from 11:00 AM – 12:30 PM in rooms 204-205.