Start time for plenaries TODAY is 8:45am!

CLP 2018’s six plenary speakers and subjects have been selected from a plethora of SIG proposals.

Today the second three take place in the Grand Sierra from 8:45am.

From the Neuropsychiatry SIG: 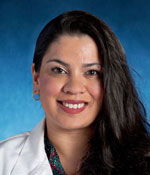 Dr. Roy introduces the session: “Concussion is a transient disturbance of neurological function resulting from traumatic forces imparted to the brain that often produces cognitive, behavioral, and systemic symptoms. Concussion is a mild traumatic brain injury (mTBI) and the two terms are often used interchangeably. However, for a long time concussion was not considered a serious event and was described by inappropriate terms such as “ding” and “bell rung” and medical attention was not sought.

“In the last decade, the pendulum seems to have swung to the other side, and there are reports suggesting that even a single impact to the head can lead to devastating neurodegenerative conditions such as Alzheimer’s disease, frontal lobe dementia and Chronic Traumatic Encephalopathy (CTE). CTE has received a lot of media attention and has especially become a problematic issue for the sports community and the military.

“Concussion seems to be a complicated medical condition that is often difficult to diagnose and treat. Some people call it the ‘morass of real medicine with half-truths and legal battles.’

“In this talk I will try to peel the layers of this complex condition to help C-L psychiatrists better understand concussion and its sequelae so that they will be in a strong position to provide recommendations to their medical colleagues/patients/families regarding Do’s and Don’ts after a concussion.”

From the Transplant Psychiatry SIG: 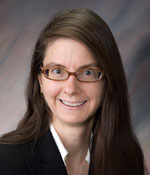 Dr. DiMartini introduces the session: “This presentation will review some technological innovations designed to maximize patient self-management and adherence. This topic is very state-of-the-art (mobile technology is constantly evolving) and is useful to C-L psychiatrists as mobile technology is increasingly used throughout medicine in the care of patients as well as in patient self-management.

“Transplant psychiatry is a useful exemplar for this technology as the demand of solid organ transplantation, where strict adherence to medical directives is imperative to optimal outcomes, has fostered the development of many such mobile technologies.

“The presentation will examine both clinician and patient expectations and perspectives as to the usefulness of mobile technologies in health care including increased efficiency, communication and oversight. These issues will provide exploration of how the use of such technology affects the doctor-patient relationship. Importantly, the realities of the use of technology in our everyday clinical practice will be emphasized.”

From the Women’s Health SIG: 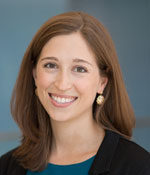 “The Rainbow Elephant in the Room: Supporting Transgender Patients”

Dr. Dalke introduces the session: “As the rights of lesbian, gay, bisexual, and transgender (LGBT) people become more visible, so, too, do the unique medical and behavioral health disparities that impact this often-marginalized community.

“According to ‘Healthy People 2020’, a project among LGBT people, transgender people face more discrimination, violence, poverty, and have worse physical and behavioral health outcomes than their heterosexual and cisgender peers. A recent nationwide survey of transgender Americans by the National Center for Transgender Equality revealed that 40% of self-identified transgender respondents had attempted suicide at some point in their lives, nearly nine times the base rate in the general population.

“Most clinics providing gender-affirming care like hormones or surgery require that mental health providers, and specifically psychiatrists, speak to the patient’s readiness for, and capacity to consent to, intervention, and many programs feature integrated behavioral health providers. Despite their need for good mental health care, many transgender people report difficulty finding providers, and even experience discrimination in providers’ offices.

“As a recent review published in the American Journal of Psychiatry noted, high rates of mood disorders and suicidality among transgender persons indicate that all psychiatric providers must be prepared to evaluate gender dysphoria and interrelated mental health problems, and to care for patients throughout and beyond the gender transition process.

“C-L psychiatrists are often asked to evaluate transgender persons, because medical teams expect psychiatrists to have expertise (gender dysphoria is, after all, in the DSM) and patients often trigger psychiatric consults or referrals because of the distress they experience. Despite being expected to do so gracefully and skillfully, many psychiatrists do not feel competent in the approach to evaluating or caring for a transgender patient, let alone educating a primary provider on best practices.

“This talk will help the general C-L psychiatrist become competent in the provision of integrated care for a transgender patient, which includes what transgender means, what sorts of interventions transgender people might pursue, how to be interpersonally supportive and affirming, and how to approach the differential management of distress due to gender dysphoria vs an associated psychiatric problem.”