Abundance of Local Attractions for You and Your Family

Make the most of the near-perfect weather!

San Diego is known for its beaches, parks, and near-perfect weather. So, you and your guests can look forward to a host of local attractions to enjoy in your spare time.

Why not join us—together with your family and guests—on our half-day trolley bus tour on Friday afternoon. 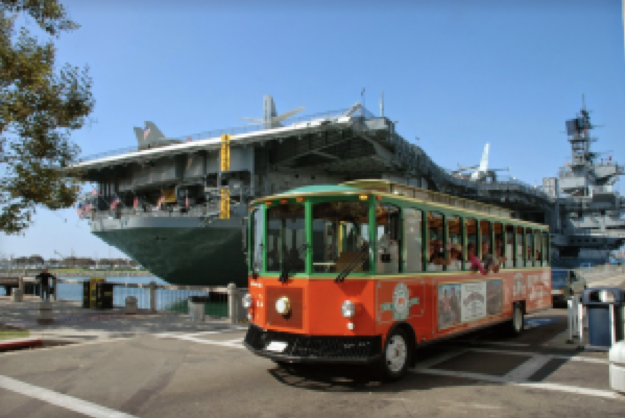 You can purchase tickets at the registration desk in the conference hotel. If there’s a big demand we will hire more buses. 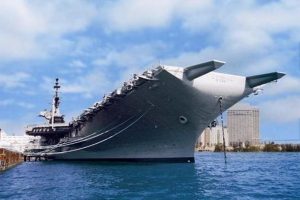 USS Midway Museum Take a trip through American naval history with admission to the USS Midway Museum in San Diego. This enormous ship, known as the longest-serving aircraft carrier of the 20th century, now offers a range of interactive exhibits, a self-guided audio tour, and numerous restored aircraft across its 4-acre (1.6-hectare) flight deck and sections below. It’s an essential piece of San Diego’s, and America’s, military history. Tour cost is $21 and is for seven hours. Check out the details here.

San Diego Zoo Meet some of the world’s most exotic animals with your admission ticket to the renowned San Diego Zoo, one of California’s top family-friendly attractions. More than 4,000 animals representing 800 species live in this state-of-the-art zoo, including some that are rarely seen at other zoos. Admire the animals and go in-depth during daily keeper talks and guided bus tours. With mobile tickets, simply scan your phone for direct entry into the San Diego Zoo. Check out the details here.

San Diego Seal Tour Take in the highlights of San Diego Bay during a 90-minute sightseeing tour by amphibious vehicle. Travel on both land and water like a ‘duck tour,’ starting on the streets of Seaport Village and rolling down Harbor Drive alongside San Diego Bay. Transition into the water after departing Seaport Village. Cruise past the SeaWorld and Vacation Isle, experiencing the best of maritime San Diego on this fun and informative tour. Check out the details here. 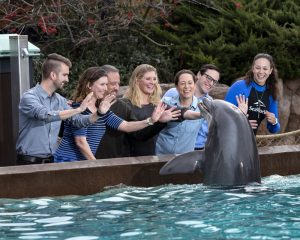 SeaWorld San Diego Explore the fascinating world beneath the waves as you spend the day with this admission to SeaWorld San Diego. Go nose-to-nose with a joyful dolphin, belly up with a gentle beluga whale, or waddle along near the sociable penguins. It’s a park that’s both fun and educational, making every encounter a new journey of discovery. Choose to upgrade your ticket with access to Aquatica San Diego, SeaWorld’s new waterpark, or an all-day dining package! Check out the details here.

La Jolla From the crashing waves to the award-winning culinary creations, La Jolla sparkles with sights and attractions in a picturesque village where everything is immersed in a casual, relaxed luxury. Strolling through the village on “date night,” or vacationing in one of the village’s signature hotels, guarantees luxury and leisure with seaside serenity. Only minutes from downtown, La Jolla promises a sun-kissed Southern California experience like no other. Check out the details here.

Gaslamp Quarter The Gaslamp Quarter is a lively downtown neighborhood, known for its nightlife. Clubs, dive bars, and cocktail lounges draw a young crowd, while the Spreckels and Balboa theaters have diverse programs of music, comedy and drama. There’s a mix of chain and independent restaurants in the area, with many global options. Horton Plaza Park has grassy lawns, ice cream and coffee vendors, and an interactive fountain. Check out the details here.