The Academy is among 32 national health care organizations signed up to a letter to the US Department of Health and Human Services (HHS) expressing “deep concern” over its lack of focus on minority communities. 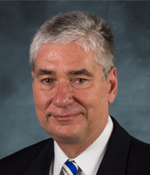 Academy president James Rundell, MD, FAPM, says the Academy Council voted unanimously to support statements in the letter, which was co-signed by the American Psychiatric Association and other psychiatric and medical organizations.

In particular, the letter expresses concern about HHS’ strategic plan and subsequent actions that appear to disregard the well-being of lesbian, gay, bisexual, transgender and questioning (LGBTQ) individuals.

“The mission of HHS is to enhance and protect the health and well-being of all Americans,” says the missive to HHS Secretary Alex Azar.

“Any authority that grants license to discriminate would be detrimental to LGBTQ patients’ safe access to care and would undermine the progress we have achieved in addressing disparities among this patient population.”

The signatories—from organizations representing providers, patients and administrators across the country—say HHS should present a special focus on how to achieve better outcomes for minority populations.

“Despite advances in LGBTQ rights and acceptance, stigma continues to be the greatest problem facing sexual and gender minorities,” say the signatories. “In fact, many LGBTQ people develop an internalized shame that can contribute to problems with self-acceptance, anxiety, depression, difficulty forming intimate relationships, and being open about their sexual orientation or gender identity.”

Research on the “minority stress model” highlights the impact of social prejudice, isolation and invisibility as the primary factors leading to an increased health burden and greater risk of mental health issues, homelessness and unemployment, say the signatories.

“LGBTQ patients also have higher rates of suicide, with 40% of gender minorities reporting attempting suicide. Additionally, the risk of physical conditions is exacerbated with increased rates of tobacco use, HIV and AIDS, and weight problems.

“LGBTQ patients are already more likely to delay getting necessary medical care. For those who do seek health services, half of gender minorities educate their own providers about necessary care and 20% report being denied care.”

The letter states that lack of data in national surveys and administrative claims makes it a challenge to study disparities in this population, and more research is needed to enhance clinical care for minority populations.

“After learning that HHS leaders are discouraging staffers from using specific words, including ‘transgender,’ ‘evidence-based,’ and ‘diversity,’ we are especially concerned about the potentially harmful repercussions this policy could have on data collection on this population of disadvantaged patients,” say the signatories.

“The data that we do have indicates that discriminatory policies can have detrimental impacts on the mental health of the LGBTQ population. To reduce the cost of health care and achieve our goal of creating a healthier nation, the needs of specific populations must be examined and effectively addressed.

“We urge you to reconsider these actions and include strategies to focus on better access to health services and improved outcomes for minority populations, including millions of LGBTQ people in the US.”