ACLP’s new president, Rebecca Weintraub Brendel MD, JD, FACLP, describes in a video interview how throughout her career, when she has needed professional advice and friends to consult, she has continually turned to the Academy and its members. Ever since she was a first-time attendee at the annual meeting 15 years ago, ACLP has been like “coming back home.” 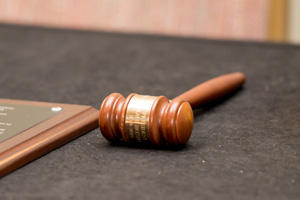 In the interview (below), Dr. Brendel also talks about how procedures and practices within ACLP have in the past year been brought up to the standard expected of a professional organization—and how, hereafter, the Academy will be better equipped to draw on the depth and breadth of membership to assume leadership responsibilities and “place the Academy in the best hands.”

The Nominating Committee’s restructured appointments process leading to greater transparency had already identified leadership qualities and talent among a wider spectrum of membership. The committee had received many more offers of service preceding this year’s nominations slate than there were places to fill. Such was the interest, it augured well for the future of a strong and stable Academy over the next century.

Dr. Brendel, who admits to being “a busy person,” also describes in the video her extensive projects beyond ACLP, particularly one to resolve guardianship issues at Massachusetts General Hospital, and how she helped to create tools adopted state-wide to avoid discrimination in the ongoing placement of patients beyond hospital, especially those who were behaviorally challenging and vulnerable. “People were languishing in the hospital for a month with nowhere to go.”

She also submits herself in the video to the first set of questions in a survey, the results of which will be used to promote further membership of the Academy. Currently, ACLP has 1,578 members. The meeting enjoyed attendance of 1,064 (726 of which were members, about 68% of the total attendance), making it the best-attended annual meeting ever.