Around 40% of American combat veterans from Iraq and Afghanistan seek mental health care in institutions outside of Veterans Affairs.

They are a growing cohort of patients with unique mental health needs, centered around posttraumatic stress disorder (PTSD) and traumatic brain injury (TBI). 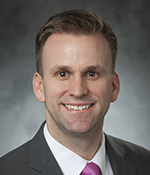 Two authors who have served on active duty (including service in a combat zone) as psychiatrists for the US Army, share their clinical expertise in an article entitled, “Psychiatric Care of the Post-September 11 Combat Veteran: A Review,” in the March/April issue of Psychosomatics. Both physicians currently work in a Veterans Affairs Iraq and Afghanistan combat-veteran mental-health clinic.

They outline useful treatment approaches for PTSD and TBI, and briefly discuss the comorbid conditions of major depression, chronic pain, and substance use disorders.

Use of sertraline, fluoxetine, paroxetine, and venlafaxine are often first-line medications for PTSD. For TBI, seeking diagnostic assistance and treatment planning from neurology or rehabilitation medicine is highly recommended.

The TBI-related psychiatric complaints of sleep disturbance, fatigue, inattention, and memory problems can be treated in a variety of ways. Cognitive-behavioral therapy for insomnia, improvement in sleep hygiene, and evaluation and treatment for sleep apnea, as well as use of mirtazapine, trazodone, or tricyclic antidepressants are effective for insomnia.

While evidence is sparse on treatment for fatigue, stimulants, such as methylphenidate, can be used for attention problems. Benzodiazepines should be avoided in those with either PTSD or TBI. Comorbid major depressive disorder, chronic pain, and substance use disorders should be treated with evidence-based treatments.

The article discusses and tabulates first- and second-line treatment recommendations for a range of PTSD symptoms; medications for management of psychological symptoms associated with TBI are also discussed.

“Significant advances in combat-related mental health care have occurred in the millennia since mankind first waged war,” say the authors, “although much more work remains to further improve the care of a type of patient the world will likely always know—the suffering combat veteran.”

Perhaps the most recognized war-related psychologic injury is PTSD. The prevalence estimates of PTSD among Iraq/Afghanistan veterans vary, with estimates between 5% and 23% in US military veterans, depending primarily on the level of combat exposure.

Differing among generations of combat veterans, post-9/11 conflicts in Iraq and Afghanistan have relied more on Reserve and National Guard soldiers for deployments, and it has been reported that these groups may be at higher risk for PTSD after combat deployment compared to full-time, active duty soldiers.

National Guard and Reserve soldiers may experience more difficult adjustments post-deployment as they return home without the continued daily support of active duty comrades, lack of access to Department of Defense medical facilities, and with a rapid transition from combat to the civilian world.

Additional risk factors possibly associated with persistent PTSD after deployment are enlisted rank (i.e., non-officer), history of depression, history of physical or sexual assaults, a disabling injury or illness in combat, presence of somatic symptoms, less sleep, separation from the military, and lack of social supports.

A characteristic feature of the Iraq and Afghanistan wars is the improvised explosive device (IED)—a “roadside bomb” causing significant injuries, including TBI. Nearly 80% of casualties reported from Iraq and Afghanistan between 2001 and 2005 were due to IEDs, or explosions from other ordnance.

With improvements in body armor saving more lives than in previous wars, TBI is a prevalent clinical condition among veterans. Research is beginning to show a correlation between blast-related TBI in combat and an increased risk for PTSD and other mental health conditions. Some studies have shown TBI is associated with an increased risk for life-time suicidal thoughts or behaviors.

One of the more common psychiatric symptoms associated with TBI is sleep disturbance: it occurs in about 30% of patients, and often impairs cognition or exacerbates other psychiatric disorders, such as PTSD or depression.