A Lifetime of Caring Collaboration

Dr. Muskin will be presented with his award today (1:00 PM in the Grande Ballroom) when he gives the traditional Hackett lecture. His presentation is titled A History of Caring Collaboration.

Dr. Muskin, professor of psychiatry at Columbia University Medical Center, told ACLP News that he received news of the award “with great humility—and a great deal of surprise.”

“Over the past 45 years as a physician, I have come to understand that caring collaboration is the only way I have ever gotten anything done,” he says. “There is nothing I have accomplished, be it a project, planning a meeting, publishing a paper, writing a book… or anything at all, that was not done without collaborating with others.

“Though my name might have been the one associated with the endeavor, I have been blessed to associate with many truly wonderful people.”

“Whatever was done with me, I would do the exact reverse.”

In his presentation, Dr Muskin will outline his life journey from Brooklyn to Salt Lake City and back.

“My participation in some of the notable events in the last century, such as a polio epidemic, the cracking of the RNA code, the occupation of Barton Hall at Cornell, an odd interaction with Selective Service during the Vietnam War, and the early years of psychopharmacology vs. psychoanalysis, have all shaped me,” he says.

“I hope to demonstrate how my collaborators, many of whom were unaware of the role they played, formed me through good, and less than good, times.

“My upbringing gave me a way to conduct myself, mostly by using the ‘180-degree’ approach, i.e., whatever was done with me, I would do the exact reverse.

“It has worked quite well, I believe, and has resulted in the statement made about me that I truly treasure: We always knew that Phil had our backs.”

Thus, Dr. Muskin will demonstrate to a customarily packed audience how adversity can become a strength in someone’s life. And, for good measure, he’ll also get us thinking about how “mentorship” does not require the mentor to realize what’s happening…

A Man of Many Awards

In 1989, he founded the Trained Liaison Comforter Program at Columbia Presbyterian Hospital—a volunteer program that provided emotional support for families of patients in intensive care units.

The Hackett Award is the highest ACLP honor presented to an individual for outstanding achievement in C-L Psychiatry. The award was established in 1988 to honor Thomas P. Hackett, Jr., MD, FACLP, professor and chief of the Department of Psychiatry at Massachusetts General Hospital, 1974-1988, and president of ACLP 1987-88. Dr. Hackett was a long-time leader in the field of C-L Psychiatry.

Visit CLP 2019 for the latest information. 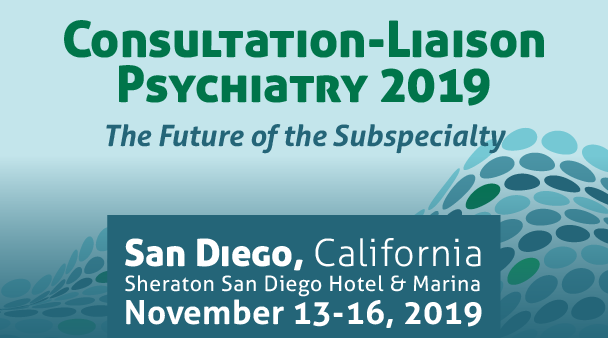