C-L Psychiatrists May Be Missing Out on Delirium Research

Thomas McCoy, MD, Massachusetts General Hospital, used algorithmic analysis to conduct a computational scoping review of literature on delirium. He wanted to see how the literature had evolved over time. 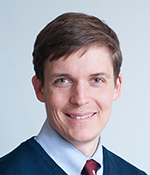 Dr. McCoy researched articles on delirium indexed in MEDLINE between 1995 and 2015 using tags and probabilistic topic modelling—3,591 articles in 874 journals, of which 95 were primarily psychiatric.

He found the volume of articles on delirium increased from 40 in 1995 to 420 in 2015 and grew as a proportion of the total indexed publications from 8.9 to 38.6 per 100,000. Articles on the treatment of delirium outnumbered articles on prevention of delirium by approximately 2:1.

But, still more significantly, he concluded that not only is the delirium literature large and growing, but much of this growth is outside of consultation psychiatric journals—and so conceivably unseen by C-L psychiatrists.

“Delirium is a recognized clinical competency of C-L psychiatry training,” says Dr. McCoy. “Delirium is the topic most consistently discussed in textbooks on C-L psychiatry and a topic that is frequently addressed in the field’s peer-reviewed publications.” Moreover, it has been estimated that treatment costs for delirium in the US amount to $150 billion per year.

Yet, “scientific literature is growing rapidly across medical specialties and many high-profile publications on delirium occur outside of the consultation psychiatry literature. As such, it is possible that the delirium literature is developing largely elsewhere and in directions not obvious to the consulting psychiatrist.”

Dr. McCoy, whose findings are published in the March/April issue of Psychosomatics, undertook his scoping review to provide a comprehensive survey of indexed delirium literature, using methods drawn from computer science, to allow summarization of all available delirium literature.

“Consult psychiatrists looking to remain abreast of the delirium literature should expect to do so by reading many non-psychiatric publications,” says Dr. McCoy, “and psychiatrists interested in advancing delirium knowledge and practice may do well to take note of the under-emphasis on prevention, relative to treatment, and potential dearth of controlled clinical trials in the psychiatric literature.”

Methodologically, he adds, a computational approach to scoping reviews is possible and informative. “Generalization of this approach would provide a means of rapidly engaging with a large body of literature.”