One Tool for All: The Next Step in Suicide Risk Screening

But clinicians are warned not to ‘over-respond’

The Joint Commission’s recommended suicide screening tool for patients aged 10-24 has also been validated for use with adults.

US medical institutions are required to screen all patients aged 10-24 for suicide risk in an effort to decrease rising rates of young people dying by suicide. Clinicians were urged to use the Ask Suicide-Screening Questions (ASQ) tool developed by the National Institute of Mental Health (NIMH)’s Division of Intramural Research Programs—reported in the January issue of ACLP News.

Now a paper from a NIMH researcher, to be published in Psychosomatics, says: “Screening medical/surgical inpatients for suicide risk can be done effectively for both adult and pediatric patients using this brief, primary screener.” 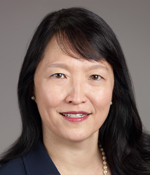 One author of the paper, Maryland Pao, MD, FACLP, ACLP treasurer, says: “With data to back up strong psychometric properties, we are now recommending that the ASQ can be administered by non-behavioral health clinicians with medical patients of all ages in medical settings. This will reduce burdensomeness on hospital systems by using one tool for all.”

The paper—based on the results of a NIMH multisite research study validating the ASQ with more than 700 adult medical patients across four hospitals—describes confusion for frontline staff who currently have to juggle different tools for different age ranges.

“It is important to utilize validated, population-specific and site-specific instruments when screening, however very few suicide risk screening tools have been validated on medical patients,” the paper says. “In addition, not all tools created for adults are valid for use with youth, and vice-versa.

“The four-item ASQ was one of the first suicide risk screening tools developed specifically for young medical patients in the emergency department, using a sample of 10- to 21-year-olds. Given its brevity and ease of use, some hospitals have been using it for adults without difficulty.”

The paper adds that it is important to note the difference between screening and assessment (“The screening tool is used to rapidly identify someone at risk, whereas the assessment confirms risk and guides next steps”) and warns against “over-responding” resulting from a patient’s history of suicide.

“Importantly, some patients who endorse a past suicide attempt on a screening tool may not be at high risk for self-harm since, notably, 77% of the reported most recent past suicide attempts [in the study] had taken place more than three years beforehand.

“This is encouraging data for medical settings implementing screening programs, as a significant proportion of positive screens, due to reporting of distant past suicide attempts, may not require immediate action in the medical setting.

“In some cases, where the patient only endorses past suicidal behavior that occurred several years prior, providers may be able to focus on the primary presenting medical concern and then be sure to discharge the patient with information about local mental health resources.”

The paper adds: “Data from this study further underscores the importance of thoughtful responses to positive screens to prevent over-responding to patients who screen positive on a brief primary screener, so the program does not unnecessarily overburden scarce mental health resources in the hospital.”

“All positive screens should not be treated as an emergency.”

Most positive risk screens in the study were identified as non-acute. “Many do not require full safety precautions (1:1 sitter) and extensive psychiatric assessments.”

Instead, all positive screens should be followed up with a brief suicide safety assessment to determine the patient’s disposition and risk level, as well as the next steps that need to occur to ensure patient safety.

“These findings suggest that taking the time to not only identify adults at risk, but to invest in a brief suicide safety assessment to follow up on positive screens, will spare valuable resources on inpatient medical units.

“Clinicians trained to conduct the brief suicide safety assessment can also decide if the patient would benefit from a mental health referral either while in the hospital or post-discharge. Of note, if patients who screen non-acute positive choose to leave before they are assessed, this is considered in the same category as discharge ‘against medical advice,’ as only acute positives are considered at imminent risk.”

In an article on the findings for Psychiatric Times, Dr. Pao adds: “All positive screens should not be treated as an emergency; in fact, the majority of positive screens will be non-acute positives that do not require full safety precautions, but rather need further assessment. This second step helps to ensure that mental health resources are used effectively and patients who reveal suicidal thoughts are not treated in a way that may seem punishing.”

Somewhat surprisingly, says Dr. Pao, the rate of positive screens due to reporting past suicide attempts is significant. “Past suicidal behavior is one of the most predictive risk factors of future behavior, but many reported attempts were in the distant past (e.g., more than 10 years ago). How should these truthful responses be interpreted? Such past behavior may be important clinical history when delivering a poor medical prognosis to a patient. Clearly, more implementation research is needed for how to handle past attempt history and how frequently patients should be screened.”