The use of involuntary psychiatric holds (IPHs) to detain patients who lack the capacity to make health care decisions due to non-psychiatric conditions is common.

While this practice prevents harm to patients, it also deprives patients of civil liberties, risks liability for false imprisonment, and may hinder dispositions. 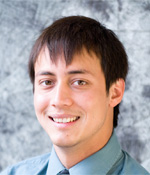 Medical incapacity hold (MIH) policies, which establish institutional criteria and processes for detaining patients who lack capacity but who do not meet criteria for an IPH, provide a potential solution, say researchers Jonathan Heldt, et al, Jane and Terry Semel Institute for Neuroscience and Human Behavior, at the University of California, Los Angeles.

They followed adult medical/surgical inpatients placed on an IPH or MIH for one year before and after implementation of an MIH policy at their academic medical center.

The primary outcome measure was how frequently IPH was used with patients who did not qualify for it, as determined by two independent physician reviewers.

Before an MIH was implemented, 17.6% of IPHs were placed on non-qualifying patients. That decreased to 3.9% following implementation of MIHs.

The average length of stay for patients on an IPH or MIH was unchanged in the patients studied. And, there were no instances of patient elopement, grievances, or litigation after MIH implementation.

“MIH policies benefit both patients lacking capacity and the health care systems seeking to protect them, while avoiding inappropriate use of IPHs,” say the researchers.

Their findings are in a paper published in the January/February 2019 issue of Psychosomatics.

Altered mental status, often as a component of delirium, is frequently encountered in hospitals. Research cited in the paper shows that as many as half of all medical and surgical inpatients experience confusion during their stay.

These patients often lack the capacity to make informed health care decisions, which may include difficulty in clearly communicating choices, demonstrating an understanding of relevant information, appreciating the gravity of their medical situation, and/or reasoning about treatment options.

Patients who decline care and request to leave the hospital against medical advice (AMA), owing to a lack of understanding of their situation, are at particular risk of harm, disability, or death.

C-L psychiatrists are frequently called upon to assess these cases. Approximately one-quarter of capacity consults are related to requests to be discharged AMA.

“Given this risk,” say the researchers, “physicians and health care systems have a moral, ethical, and legal responsibility to protect patients without decisional capacity from discontinuing treatments that they would otherwise have accepted in a rational frame of mind.

“However, most [US] states do not have laws addressing the detainment of patients who lack capacity. While involuntary commitment statutes vary across all 50 states and the District of Columbia, many states do not have provisions for detaining patients who lack capacity to make informed health care decisions. Instead, the only form of detainment permitted by law in many jurisdictions is an IPH.”

IPHs have different names depending on the jurisdiction (e.g., “5150” in California, “pink slip” in Ohio, “pink paper” in Massachusetts, “Baker Act Form” in Florida) and differ in policy specifics, such as the length of time that detainment is permitted. However, these laws are consistent in that they apply only to patients with a statutorily-defined mental disorder who are a danger to self, a danger to others, and/or gravely disabled as a result of that disorder.

“Clinical situations frequently arise in which detainment is necessary in the absence of a mental disorder as defined by the legal system. This often leads to inappropriate utilization of IPHs for patients whose impaired decisional capacity stems from a medical, rather than psychiatric, etiology,” say the researchers.

“MIH policies benefit both patients lacking capacity and the health care systems seeking to protect them, while avoiding inappropriate use of IPHs”

Use of IPH statutes for patients without a mental disorder is problematic for several reasons:

Providers seeking to act in accordance with IPH law are left with two options:

Discharging the patient AMA can result in harm, disability, and/or death from untreated medical illness. Furthermore, it places the provider at risk of liability for negligence and wrongful death. In addition, patients who are discharged AMA are known to be at increased risk for frequent readmissions and high health care utilization, resulting in significant financial costs to institutions.

This makes detaining the patient involuntarily without regard to legal statutes an attractive option, as it is viewed as benevolent, mitigates medical risk, limits risk of liability for negligence, and preserves the intent of IPH statutes. However, despite being common practice in many hospitals, this practice is not without its problems:

“This places pressure on psychiatric consultants to consider an IPH, especially in acute situations where a patient is actively attempting to leave,” say the researchers.

The researchers’ hospital designed and implemented a new policy: the MIH (medical incapacity hold). The Psychosomatics paper includes a chart summarizing the policy which:

“Implementation of an MIH policy is not without risks,” say the researchers. “We advocate for the use of this hold with significant caution, as the psychological impact of involuntary detainment cannot be understated. Furthermore, there is the additional risk of physical harm if restraints or physical holds are required to enforce the policy.” But, they add: “Both of these risks are also found with use of an IPH or other forms of detainment.”